Hasonjaner Raja to be staged at Shilpakala Academy on June 13 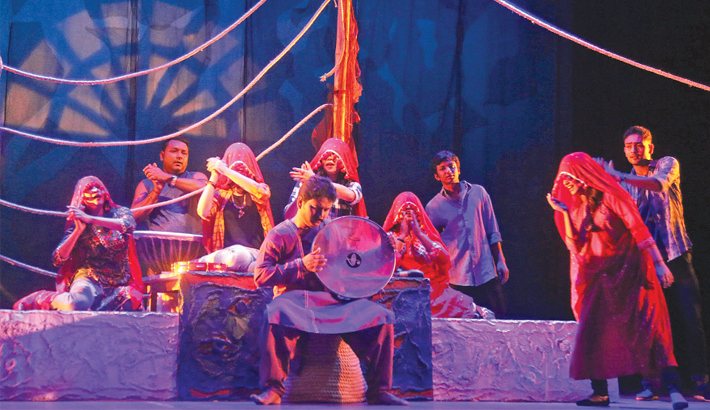 Prangonemor, one of the popular theatre troupes of the country, will stage its much-acclaimed production Hasonjaner Raja at the main auditorium of Bangladesh Shilpakala Academy tomorrow at 07:00pm.

Written by eminent writer Shakur Majid and directed by Ananta Hira, the play Hasonjaner Raja is based on the story of mystic poet and zamindar Hason Raja.

Hason Raja (1854-1922) was a landlord of the Sunamganj district, who inherited huge areas of land property at his teenage.

He accustomed with reckless life because of huge money and power. But in his mid-fifties life took a turn when he realised that wealth is the main cause of all wrong in the world.

Then, he wrote off all his wealth in a will and started a journey of self-discovery traveling on boats through the haors.

The play was staged for the first time on April 20 at the main auditorium of National Theatre Hall of Bangladesh Shilpakala Academy.