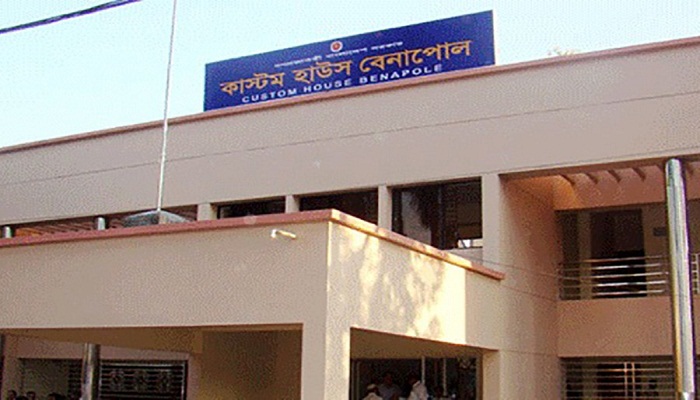 A record quantity of goods was imported from India in the last three days (June 9 to 11) through Benapole Port leading to revenue increase, according to Customs sources.

This number was only 250 to 270 last year, Mamunur Rahman added.

He said also that the import increased due to the new guidelines from customs authority.

In the current fiscal year, the total revenue collection of Benapole customs is Tk 5,185 crore till now, he added.

Customs officials have been performing duties from 7am to 12pm in advance, keeping the slogan on day-to-day revenue under the directives.

High-level officials and businessmen including Indian High Commissioner Riva Ganguli, visited the import and export trade facility in Benapole and Petrapole on Saturday.

Benapole Port director Pradosh Kanti Das said, "We have been working according to new guidelines. We work as 800 trucks loaded with imported goods can enter daily.”

India is failing to provide trucks according to our demand, he added.

If the import trade continues like this we could fulfill the revenue collection target this month.