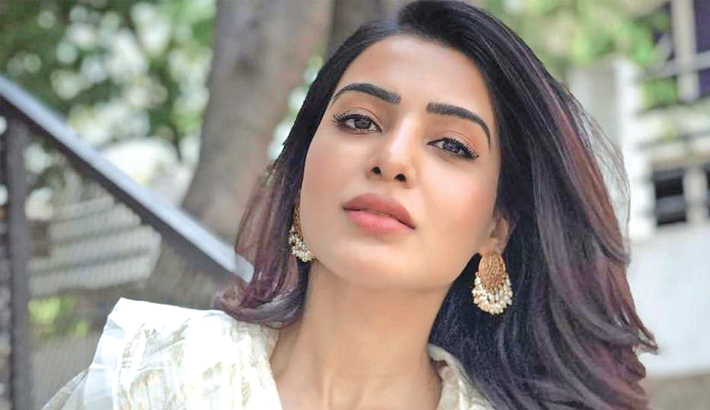 Samantha Akkineni on Monday trashed a report that claimed she’s pregnant and her response to it has won over her fans on social media.

Following her recent statement in which she said Oh Baby is the kind of comedy film she’s been waiting to do before her retirement, reports emerged that it could be her last film as she’s planning to take a break to embrace motherhood, reports Hindustan Times.

Reacting a report that claimed Samantha is pregnant, she replied: “Damn, is she? When you find out please let us know.” Samantha’s response was very well received by her fans.

However, as per reports, Samantha is considering taking a break after the releases of Oh Baby and upcoming Telugu remake of 96. Sources close to her have confirmed she hasn’t signed any new projects and would like to take things really slow.

She currently awaits the release of Oh Baby, a film about a 70-year-old, played by veteran actor Lakshmi, who magically finds herself in the body of her 20-year-old self after having herself photographed at a mysterious photo studio.

This project, which is gearing up for release in July, marks the second time collaboration of Samantha and director Nandini Reddy after Jabardasth, which bombed at the box-office.

In March, Samantha completed shooting for Oh Baby and she thanked her director for giving her a special film.

Today I am so grateful to the universe, to God and to the people who have been instrumental in helping me find my direction. I have taken some time to grow both personally and professionally. There have been many ups and downs. But today I feel the satisfaction of that growth as I wrap yet another film Oh Baby. I just know in my heart that this one is going to be special,” she had tweeted.