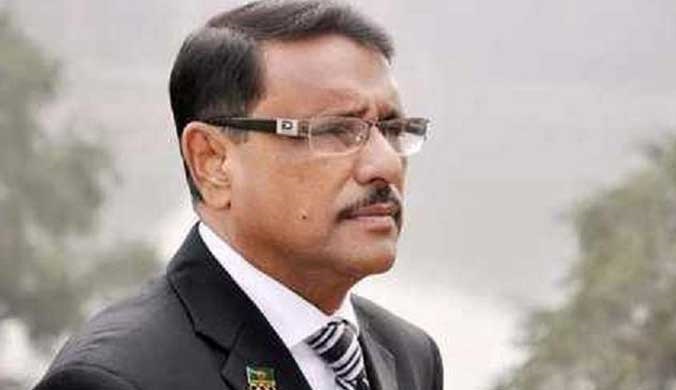 Awami League (AL) General Secretary Obaidul Quader on Tuesday Said that there is no unity among the Jatiya Oikya Front leaders and we don’t want this.

He made the remark after he attended a joint meeting with leaders and workers of Bangladesh Awami League and its associate bodies at the party's central party office on Bangabandhu Avenue in the capital.

Obaidul Quader, also Road, Transport and Bridges Minister said, “We (AL) want a united Okiya Front that might play a strong and peaceful role in field of politics.”

He also said that his party expects existence of a strong opposition party in the country. It may identify the errors of the government and there lies the beauty of democracy.

Jatiya Oikya Front has been passing through a crisis situation after the 11th National Parliamentary Election, held on 30 December 2018.

The crisis came to light on the issue of oath-taking by seven MPs-elects from Gano Forum and Bangladesh Nationalists Party, alliance parties of the Front.

On Monday, (June 10) the Front leaders sat in a meeting to solve the crisis responding the ultimatum by Kader Siddique at the residence of Jatiya Samajtantrik Dal (JSD) President ASM Abdur Rob in the capital’s Uttara area.

After the meeting, the Front spokesperson ASM Abdur Rob said they will forge a greater unity with all the pro-liberation and anti-government political parties to wage a strong movement for the ‘restoration’ of democracy.