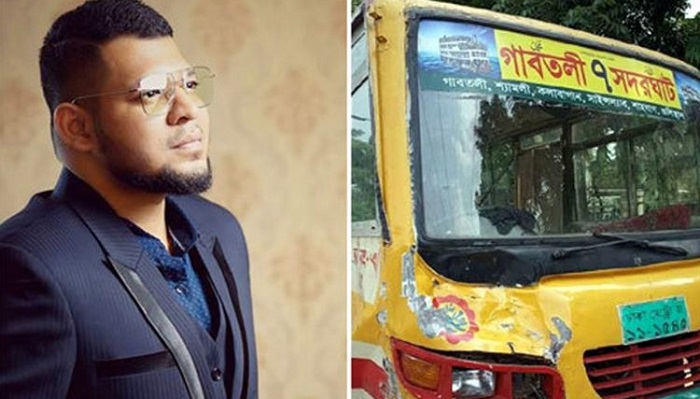 A private university student was killed in a road crash in the front of Shaheed Suhrawardy Medical College and Hospital in the capital’s Sher-e-Bangla Nagar area on Tuesday.

The deceased was identified as Akib Reza, 23, a second year BBA student of University of Liberal Arts Bangladesh (ULAB) and son of Reza Ahmed Bacchu, former MP and president of BNP Daulatpur upazila unit of Kushtia.

The accident took place on early Tuesday as a bus ran over Akib leaving him dead on the spot while he was riding a motor bike.

Jane Alam Munshi, Officer-in-Charge (OC) of Sher-e-Bangla Nagar Police Station, said, “We are conducting drives to arrest the culprit bus driver. The body of the victim was handed over to his family after an autopsy at Shaheed Suhrawardy Medical College and Hospital’s morgue.”