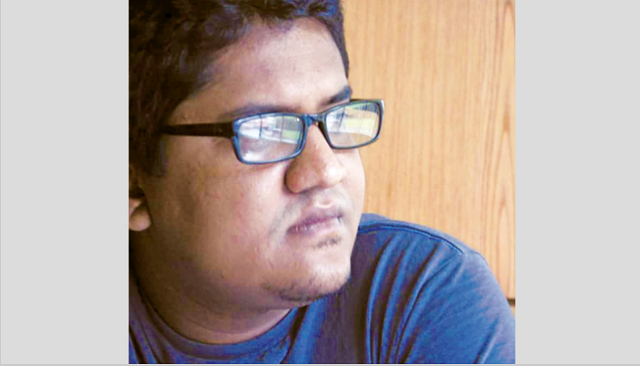 The self-redevelopment model, where residents rebuild their homes without a builder, is gaining momentum in Mumbai. The Bhendi Bazaar redevelopment project in South Mumbai has emerged as a model for large scale redevelopment in other cities across India and abroad. It has even become a prominent case study in urban renewal in several urban planning schools.

Bhendi Bazaar is a settlement in south Mumbai that is over 100 years old, and while it is not a slum, there are some unique aspects to its redevelopment that are worth understanding as lessons for slum rehabilitation. Age, a dense population and lack of infrastructure upgradation has left the area with narrow and squalid dead-end alleyways, crumbling buildings that are dangerous and unfit for human habitation, and limited water and sanitation facilities - not unlike many slum communities.

The majority of the buildings in the area are Chawls, or lower-middle class housing with shared verandas and bathrooms, and often rented out to several families. For almost a century, these Chawls contributed significantly towards the close-knit social life of its residents. The lazy afternoons spent in the common balcony, the gully cricket played in the narrow lanes, late night carom sessions in the central courtyard or below stairways, and exchanging pleasantries and gossip at the morning queue outside common toilets have injected a unique sense of identity to the area. Three generations and more have grown old in these homes - sharing and caring for each other as one big family. The liveliness of the area has still not been lost.

The Bhendi Bazaar redevelopment project is being developed by the Saifee Burhani Upliftment Trust (SBUT). SBUT is a public charitable trust that has been established specifically for the purpose of undertaking the redevelopment at Bhendi Bazaar. This is a community initiative with the goal being to transform the congested Bhendi Bazaar area into a thriving residential and commercial space for its residents with new infrastructure and civic amenities.

The redevelopment project is the first of its kind and fundamentally changes the way development is looked at in the city. It shifts the focus from merely constructing housing to a more holistic development that aims to fulfil all human needs. The project aims to replace 250 dilapidated buildings housing 3,200 families and 1,250 businesses, old and scant infrastructure with 17 towers and requisite urban amenities on 16.5 acres of land. The precinct is designed using best principles of urban design considering socio-economic growth, sustainability and cost effectiveness.

The master plan has been designed to create more commercial opportunities while uplifting the quality of life of the residents. The project aims to be a model for future smart cities with endeavour towards intelligent parking management, traffic control, and digital signage, automated waste disposal, connected living, etc.  The creation of new infrastructure and availability of technology at their disposal will infuse growth and open new avenues for the businesses in the area. The redevelopment endeavour will attract new businesses and investment, increasing employment and contributing to the socio-economic growth of its residents.

This project involves moving people out, rebuilding and then moving them back. To encourage occupants to leave the premises so that it can pave way for construction of new buildings, the trust is giving them alternative accommodation in transit houses nearby. While those who do not want to live in transit houses, they are being given rent as they move out. All eligible residential tenants of the project having an area of up to 300 square feet are entitled to a rental compensation of Rs 30,000 per month. Those premises having carpet area of more than 300 sq ft are paid rental compensation at Rs 100 per sq. ft. Apart from giving the new houses to original residents, the trust also explores the option of appointment of a developer who would recoup the expenses by selling incentive towers.

Out of the total of 2,800 families who shifted from their old dilapidated buildings located at Bhendi Bazar in South Mumbai, 600 families will be handed over the keys in the initial phase of their new apartments soon. In this project, more than 80 shop owners have already been shifted to their new premises. In this cluster redevelopment project of over 155 buildings have been demolished so far and more than 20 buildings are in the process of demolition. The remaining occupants are still being convinced to move out of their dilapidated structures before monsoon.

The hill city of Shimla, which is being developed into a smart city, is learning from the Bhendi Bazaar experience; a team of officials are preparing a fool-proof redevelopment plan to submit to the Urban Development Ministry which would partly fund this project. In 2017 a nine-member delegation led by the city’s joint municipal commissioner visited the Bhendi Bazaar project. The objective of that visit was to examine, gain insights and explore the possibility of implementing the smart city prototype renewal project in Shimla. Like Bhendi Bazaar, the central area of Shimla is very dilapidated as structures were built in 1947, and some were also pre-independence structures. That area is home to Shimla’s largest slum as well as its biggest shopping district.

Old Dhaka is a place enriched with culture, tradition, history and a wonderful example of social bonding. But as time passes people are losing this essence of old Dhaka because of lack of space and facilities. Bedsides, the chemical factories, warehouses and shops are running illegally in old Dhaka, have put public safety at risk. Due to the deplorable condition of old Dhaka, general feeling is in favour of its redevelopment to improve the living environment. Since the deadly Chawkbazar fire, the issue of redevelopment of Old Dhaka has also been under discussion.

The buildings of the old Dhaka are constructed in such a way that they cannot be pulled down overnight and be made safe, risk-free and environmentally-friendly. Housing and Public Works Minister said that the government will redevelop the old part of the capital city after demolishing its risky buildings. The government has planned to knock down the risky buildings in old part of the city and replace them with new ones. Relevant authority can take some lessons from Bhendi Bazaar redevelopment project.