Tamim hopes to not feel burdened by his own expectations 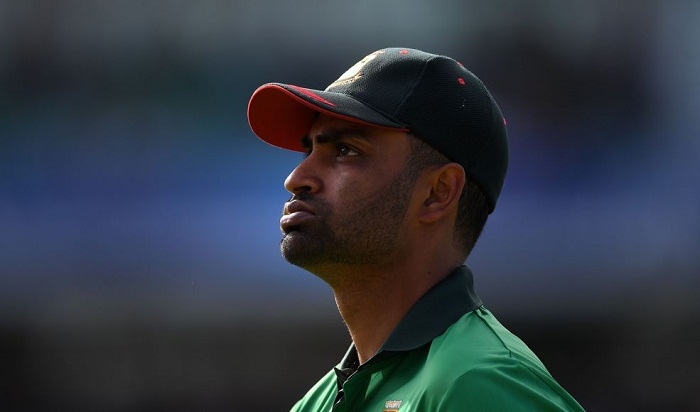 Bangladesh batsman Tamim Iqbal believes that his modest returns in his first three outings at the ICC Men's Cricket World Cup 2019 are down to his exerting too much pressure on himself.

Since the start of 2015, Tamim has been Bangladesh's most prolific run-scorer in Tests and ODIs. But in this World Cup, he has failed to convert his starts on each occasion, getting dismissed for scores of 16, 24 and 19. On two of those occasions, he got out to poor shots, attempting ill-advised pulls against New Zealand and England. "It is my expectation that is creating pressure," Tamim told ESPNcricinfo.

"This is cricket, and you have to take it. I hope I take it in a positive way. I know the runs are around the corner. I am capable and I have done it before against the best attacks in the world, and I don't see why I can't do it again. And if I can't, that is also life."

Tamim was instrumental in his side's historic win against India at the ICC Men's Cricket World Cup 2007, as he set up the run-chase with a stroke-filled 51. He hasn't been able to make significant contributions in World Cups since, but he has good memories from his last tour of England, the ICC Champions Trophy 2017, which he finished with 293 runs from four innings.

The 30-year old admitted to trying too hard at times, but hoped that a good performance was around the corner.

"There's no 'enough' in cricket. I can easily point you towards my record in the last 50 matches. Nobody remembers it. It is always the present," he said.

"But if I want to grow as a cricketer, I have to remember what I have done. I am trying hard, but I hope I don't try too hard, which probably I am. I hope if I score in one of the next couple of games, I will be up and running."

Bangladesh, who have lost their last two games, against New Zealand and England, will take on Sri Lanka in Bristol on Tuesday, 11 June.