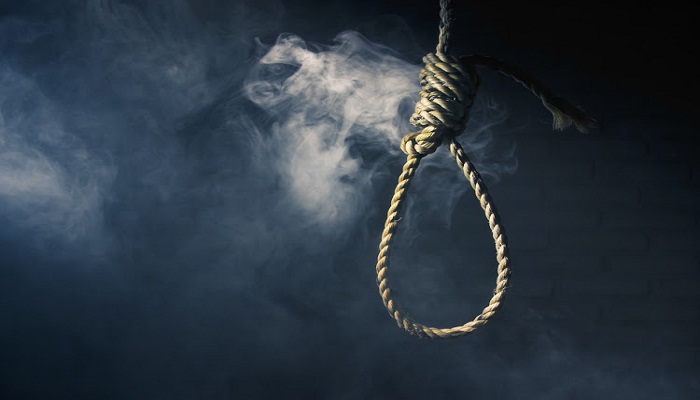 Two women including a young girl were found hanging to death in two different districts in one night.

Of the deceased, a mother of four month infant found hanging from the ceiling fan in Hinguli union of Mirsarai upazila of Chattogram  on Monday night.

Another was found hanging on a tree in Jotgopal in Godagari upazila in Rajshahi on the same night.

Among the deceased, the woman was identified as Hosne Ara Akhter Lipi, 25, wife of Kamal Uddin of Madhya Azam Nagar and was a victim of family feud. Her family members fled before the police reached the spot.

Sub-inspector Abed Ali of Jorarganj Police Station said they went to the spot on information and found her hanging from the ceiling. They recovered the body around 10:30 pm and sent it to local hospital for autopsy.

Lipi’s uncle Mofizur Rahman said Lipi was married off to Kamal four years ago. “Kamal used to beat Lipi very often and threaten to drive her away.”

The other deceased was identified as Salma, 17, daughter of Ashraful Islam of the area.

Hasmat Ali, officer-in-charge of Godagari Police Station, said locals found the girl hanging from a tree near her house around 8:30 pm. Later, police went there and recovered her body and sent it to Rajshahi Medical College and Hospital (RMCH) for autopsy.

The reason of Salma’s suicide was not known immediately.