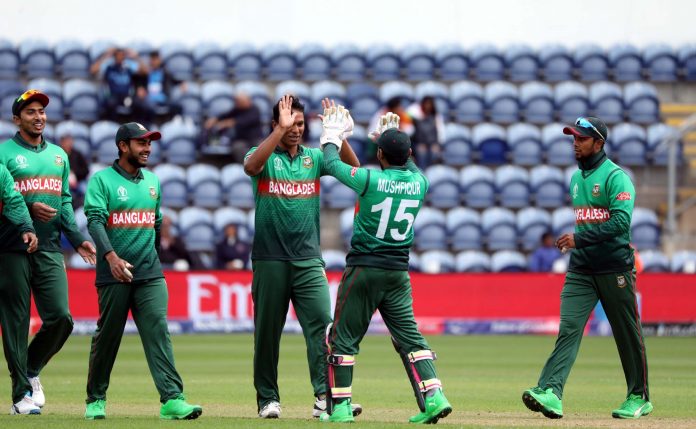 Bangladesh will take on Sri Lanka in their fourth match of ICC Cricket World Cup 2019 on Tuesday (today).

Bangladesh are currently at the eighth spot on the points table with two points from 3 matches while Sri Lanka are at the fifth spot with three points from the same number of matches.

Despite ended on the losing side in the last few matches, number one ODI al-rounder Shakib Al Hasan maintained his top-notch form with the bat who scored so far the highest 260 runs in the tournament including two fifties and one hundred.

So far the two sides played against each other 45 times in ODIs and Bangladesh won seven of them. Sri Lanka won 36 matches and the other two matches were abandoned. Bangladesh sealed a big victory against Sri Lanka in the last outing in Asia Cup 2018.

Tamim Iqbal is the most successful batsman for Bangladesh in this format against the Lankans. He scored 645 runs in 21 matches against them with four fifties and two centuries. With the ball, skipper Mashrafe Bin Mortaza leading the chart who claimed 26 wickets in 21 matches.

The match will be held on County Ground, Bristol starting at 3:30 pm (Bangladesh time).