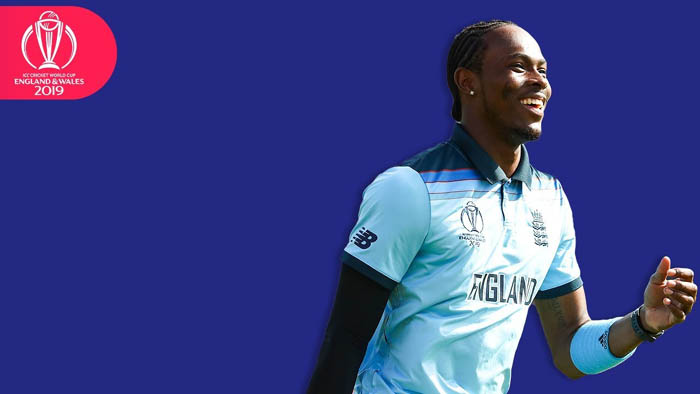 With the wind at his back and plenty of runs to defend, Jofra Archer produced the fastest ever opening spell in an ODI in English cricket history.

Bangladesh felt the full force as the Sussex seamer came tearing in from the Cathedral Road End and produced a brutal barrage that the Tigers’ top order struggled to deal with.

He averaged 90.6mph for his opening spell – the fastest by an Englishman since speeds were first recorded ball by ball back in 2006.

But in fact it was Mark Wood who bowled the fastest ball in England’s 106-run win – a 95.6mph effort that typified England’s pacey approach.

And while Archer insists speed is not everything, it is clear that Wood’s skiddy scud missiles have brought the best out of the Bajan-born bowler.

“It came out well, but I was much more happy with bowling well, than just bowling fast,” he said.

“You feel good some days. You have the wind on your back as well. More often than not that’s going to be a quicker day. I thought if I started at the other end, I probably wouldn’t have got to the speed I did, so the ends and the wind can have a big difference.

“It’s nice to see but I’m much more concerned about bowling well. If I bowl at just 90 and I’m bowling well, I’d be much happier than bowling fast and going for six or seven an over.

“Actually, none of my speeds came up on the scoreboard. Only Woody’s speed came up. So it was a bit… well a bit biased really!

“I’m a little bit quicker than him. It’s good competition really to have someone at the other end. It pushes you to do a bit better. Any little thing that can make you better makes the team better. So… keep it up.”