Fanaticism in the Muslim World and its Eventual Destiny 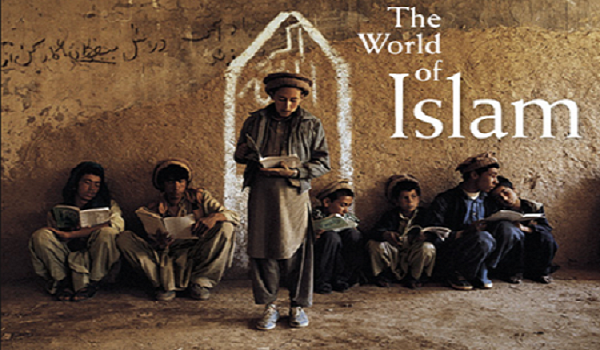 Capitalism and communism, during the cold war, to enhance their defence and stop the expansion of camaraderie of contending coalition to new areas exploited many elements: religion, ethnic identities, social discrimination, communal gaps, etc. One such effort was the development of militancy through brainwashing, delivering radical propaganda, supplying arms and money, exploiting marginality, demotivating intelligence agencies, etc. For example, the mainstay of Islamic militancy has principally been raised in Pakistan and Afghanistan for ending pro-Soviet rule in Afghanistan. The effort became successful in expelling Soviet elements from Afghanistan, however, the radicalism remained alive through Al-Qaeda, the Taliban, and other fractions, and later rebound in the US with the fall of communism. The fall of the Berlin Wall resulted in the triumph of liberal democracy and capitalism. Fukuyama exposes that the rise of capitalist liberal democracy will drive out tyrannies and establish peace. Reversely, Huntington argues that the gap created by the collapse of communism will engender the clash of civilization between the west and the Muslim world (MW).

In the Soviet free era, the US becomes a lone superpower who needs opponents to show muscles and motor arms business and hegemony.Once, the advent of communism distracted Islam and Christianity apart; and the demise of the communist world brought back two old foes face to face. In this way, the need for oil for the western industrialised countries, and voluminous reserves of oil in the MW generate further confrontation between the West and MW. Moreover, problems like factionalism, poorunity, leadership crises and multi power-centres expose MW to the west. Consequently, Muslim countries, particularly those of Arab witnessesed two Gulf-wars, and lately, West fueled Arab Spring that dethroned some autocrats, disrupting the state-order. This, naturally or fictitiously pushes two civilization into conflict, as suggested by Huntington. Muslim countriesas Libya, Egypt, Palestine, Lebanon, Bahrain, Syria, Iraq, Yemen, Algeria, and Afghanistan are experiencing locally bred and foreign-supported overt and covert conflicts that generate fanaticism. This outcome is believed to be the results of the covert US policy of divide in sectarian lines to rule over the areas and to sell arms and make Israel sustainable. In Iraq, the fall of Sunni Saddam Hossain and the rise of Shia summoned terrorist groups, the Islamic State (IS) to existence. The divide-and-rule policy can be exemplified through the inclusion of Turkey in NATO alliance, later through instigating the rise of conflict between Shia and Sunni. The process resulted in the aggressiveness of KSA with billion dollar arms from the US, and intensification of Iran’s hostility to Israel as the KSA compromises with the Zionist country. The recent development indicates an imminent war against Iran by KSA and its allies including the US.

Furthermore, Muslim societies are also engaged in clashes in Central, South, and Southeast Asia. State discrimination, the legacy of the past, freedom movement, poverty, integration crisis, fear of Muslim hegemony, anti-Muslim sentiment, the poor state of human rights, etc. shove Muslim communities into an antagonistic relationship with state power. Once the Chechen of Central Asia fought for independence against mighty Russian forces. The Uyghur Muslim in western China encounters refinement by the government in the name of removal of radical elements. The Uyghur are impeded to perform their rituals and to practice the Muslim cultures. Varied reports unveil that almost 2 million people are detained in desert camps to secure China. The Rohingya Muslim of Myanmar has also faced man-made a catastrophe of ethnic cleansing and  were drove out of their motherland. These uprooted people gained shelters in Bangladesh by sympathised Honorable PM Sheikh Hasina; however, they may foster fanaticism here. Previously Bangladesh was traumatised by expatriate terrorists from Afghanistan and their descendants, and recently, there are dangers from IS terrorists ousted from Iraq-Syria front, and local radical elements. Very recently, IS has claimed responsibility of two attacks on police at Gulistan, and Malibah, but the government is suspicious about such claims and continue the investigation. In India, the problem of Kashmir with a large Muslim population who demand freedom an overt issue of disagreement. Additionally, Muslim from other parts of India is experiencing intimidation from the fanatics of Hindutva with cow slaughtering and beef eating. However, in the provinces with the presence of Christen minority, the Hindutva maintains a contradictory policy by allowing beef eating. Likewise, there develops a setting of expelling the Bengalis mostly Muslims from northeastern Assam and the recent landslide victory of BJP may accelerate the process as its campaigns for ‘National Register for Citizens’ in provinces bordering with Bangladesh resulted in better performance in bordering constituencies.

In African countries, particularly from Somalia to the East Atlantic coast the aspects of terrorism are slightly different. The countries in that area, mostly of Sahel area stand in dessert, are poor, and observed mostly with poor governance. These characteristics stimulate anti-incumbency sentiment and thus, varied oppositions come headlong to remove authorities from power. The terrorist groups, particularly, the IS tries to use this loophole to spread radicalism and becomes successful forming coalition with anti-government elements in Mali, Burkina Faso, and Niger to some extent. In the process, terrorist groups, not only IS but also some local fanatics like Boko Haram, Al-Qaeda in the Islamic Maghreb, Al-Shabaab, etc. killed thousands of people in Africa. The government forces while combating terrorism also killed many civilians, which might contribute to further engagement of terrorist organisations with already fed-up civilian; consequently, the process develops a cycle of fanaticism.

Fanaticism must be curbed, and for this, prevalence basics of radicalism in MW should be addressed neatly. Without targeting root causes, the treatment for symptoms only results in such outcomes, which will not be sustainable and may engender further risks. In the West, Islam is sometimes depicted as a fanatic religion improperly; and Muslims are portrayed as backdated, poor, uninventive, etc. These originate hatred against Muslim, estrange them from mainstream civilization, and push them possessing animosity to other religions. However, the war against terrorism requires collective efforts, and this necessitates the West to support MW to eradicate radicalism, alleviate poverty, spread modern and liberal education, secure health care, and establish good governance.

Mohammad Jahangir Hossain Mojumder, PhD is an Assistant Professor of the Department of Political Science, Chowmuhani

Government S. A. College, Noakhali, Bangladesh and Pranab Kumar Panday, PhD is a Professor of the Department of Public

Administration and an Additional Director of the Institutional Quality Assurance Cell (IQAC) at the University of Rajshahi, Bangladesh.