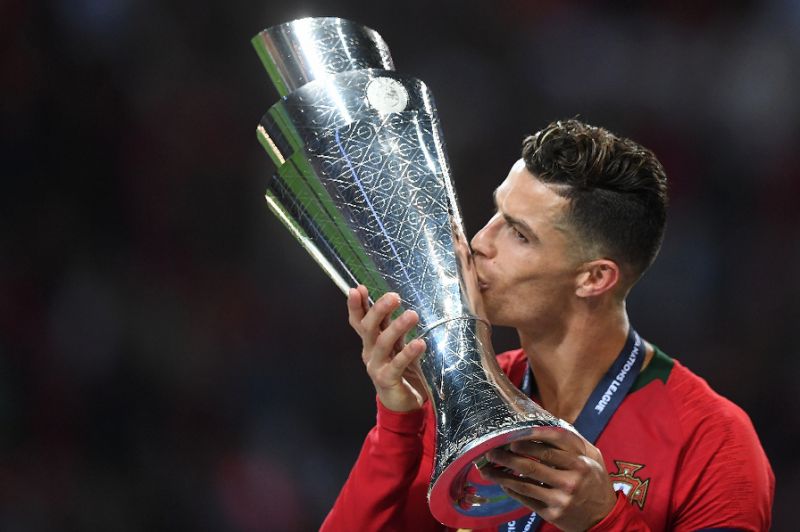 Cristiano Ronaldo insisted he has no immediate plans to retire from international football after helping Portugal lift the inaugural Nations League on Sunday.

Ronaldo, 34, was a peripheral figure as Goncalo Guedes’s goal won an underwhelming final against the Netherlands 1-0 in Porto.

But after sitting out the group stage of the Nations League on a hiatus from international football, Ronaldo played a huge part in getting his country to the final by scoring a hat-trick in Wednesday’s semi-final against  Switzerland.

And with a host of exciting young talent, led by Manchester City’s Bernardo Silva, who picked up player of the tournament, Ronaldo is keen to hang around for the chance at more international glory as Portugal look to defend their European Championship title next year.

“Portugal has won important things like Euro 2016 and now the Nations League. It may seem like an easy job but it’s hard, it takes a lot of dedication and willingness,” Ronaldo told Portuguese TV station RTP.

“As long as I have the strength and motivation, I will continue to represent the colours of Portugal.

“When I am with the national team I feel like at home.”

Victory was especially sweet for Ronaldo as the only surviving member of the Portuguese side beaten on home soil by Greece in the final of Euro 2004.

“I have been with the national team for 16 years and I still feel the same enthusiasm as when I was 18 years old,” he added. “I will always give my best and the Portuguese are always on my side so I thank them for their enthusiasm for me.

“I try to match that with good performances, goals, and help Portugal win trophies.”