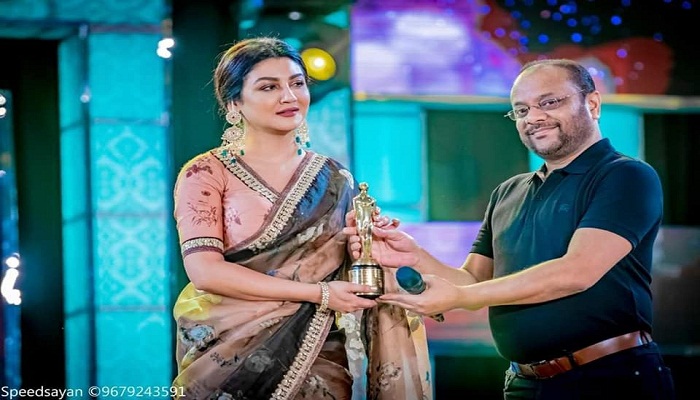 The award giving ceremony was held at the Nazrul Mancha in Kolkata on June1.

Kolkata based Tele Cine Society (TCS) organised the programme to honour the artistes from the two Bengals—India’s West Bengal state and Bangladesh.

On the other hand, veteran film actor Faruk Ahmed from Bangladesh was honoured with the Lifetime Achievement Award for his immense contribution to the film industry.

SI Tutul honoured as the best singer in the playback singer category, while Zakia Bari Mamo and Chanchal Chowdhury received the award as best actress and actor respectively from Bangladesh.