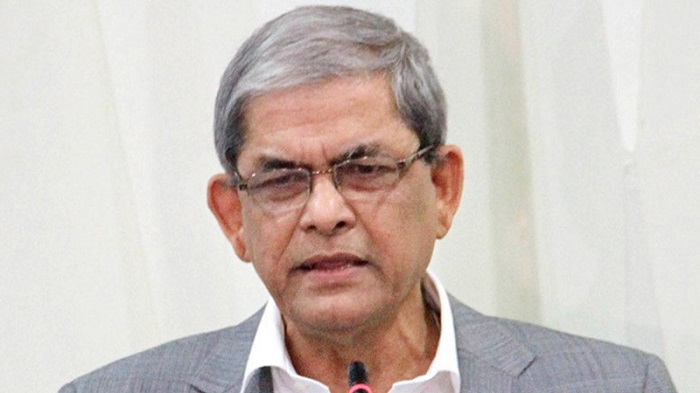 BNP secretary general Mirza Fakhrul Islam Alamgir made this allegation while talking to reporters after the Prime Minister’s press conference.

“What the Prime Minister said at her press conference about Tarique Rahman is devoid of political norms. She has exposed her political vengeance with her comments,” said BNP secretary general Mirza Fakhrul Islam Alamgir.

Earlier in the day, the Prime Minister reaffirmed that BNP acting chairman Tarique Rahman will surely be punished according to the verdicts in different cases.

Sheikh Hasina came up with the remarks while speaking at a press conference at her official residence Ganabhaban about the outcome of her recent tri-nation visit to Japan, Saudi Arabia and Finland.

Replying to a question by a journalist about the update over government efforts to bring Tarique back home, the Prime Minister said, “I hate to take this name.”

The PM also came down hard on a section of people who shed crocodile tears for Tarique forgetting the misdeeds he committed when BNP was in power.

Reacting to the PM’s comments, Fakhrul said in healthy politics no one should make such remarks against a political opponent. “The Prime Minister should refrain from making such remarks.”

Tarique, who was declared a fugitive by Bangladesh courts, has been sentenced up to life in jail in several cases, including that of money laundering, corruption and August-21 grenade attack on an Awami League rally.

On September 11, 2008, Tarique Rahman went to London for treatment, and he has been living with his family there since then.

He was arrested on March 7, 2007 during the army-backed caretaker government and later released on parole on September 3, 2008.