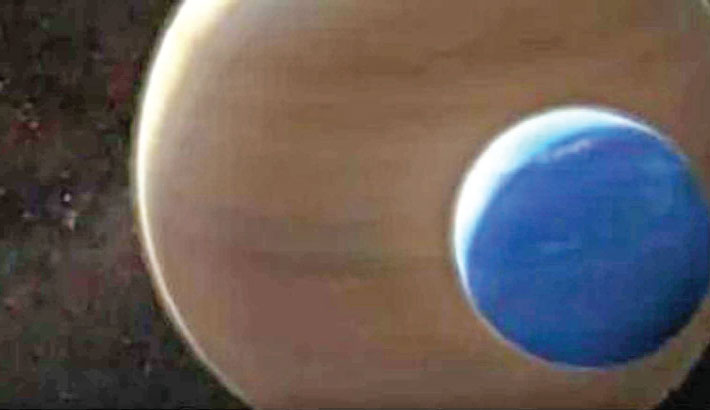 Only a small proportion of these are likely to be able to sustain life, existing in what is known as the habitable zone. However, some planets, especially large gas giants, may harbour moons which contain liquid water.

“These moons can be internally heated by the gravitational pull of the planet they orbit, which can lead to them having liquid water well outside the normal narrow habitable zone for planets that we are currently trying to find Earth-like planets in,” said Phil J Sutton from the University of Lincoln.

The study, published in the journal Monthly Notices of the Royal Astronomical Society, looked at the possibility of moons orbiting the exoplanet J1407b, analysing whether they may have caused gaps in the planet’s ring system.

Because of their size and distance from Earth, exomoons are very difficult to detect. Scientists have to locate them by looking for the effect they have on objects around them, such as planetary rings.

Sutton ran computer simulations to model the rings around J1407b, which are 200 times larger than those around Saturn. Gravitational forces between all particles were calculated and used to update the positions, velocities and accelerations in the computer models of the planet and its ring system.

He then added a moon that orbited at various ratios outside of the rings to test whether this caused gaps to form where expected over 100 orbital periods.

Findings revealed that while the orbiting moon did have an effect on the scattering of particles along the ring edge, the expected gaps in the ring structure were unlikely to be caused by the gravitational forces of a currently unseen moon orbiting outside the rings.