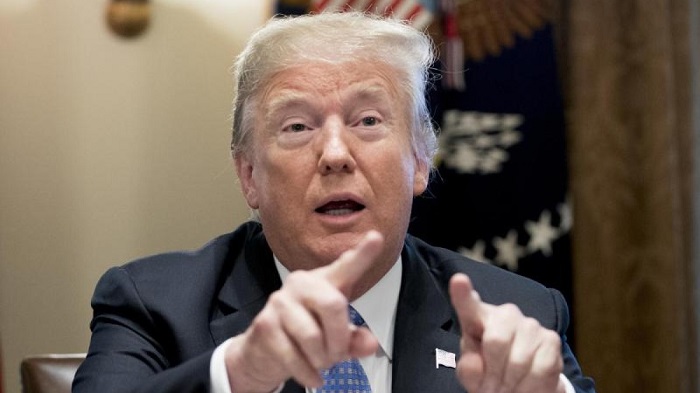 US President Donald Trump took to Twitter once again Sunday to accuse the messaging platform of gagging conservative voices -- a "Giant Mistake!" that he said runs counter to freedom of expression.

"Twitter should let the banned Conservative Voices back onto their platform, without restriction," he wrote.

"It's called Freedom of Speech, remember. You are making a Giant Mistake!"

The decisions were taken under pressure from critics who think the social networks are not acting quickly enough to remove shocking or problematic material.

Those banished by one or more of the platforms include Alex Jones, a notorious purveyor of conspiracy theories toward whom Trump has expressed sympathy in the past, and Paul Nehlen, a white supremacist who ran unsuccessfully in Republican primaries for a US congressional seat.

It's not the first time the US president has accused Twitter, Facebook or Google of discriminating against right-wing users.

The Republican billionaire, whose Twitter account is followed by nearly 61 million people, regularly attacks the high-tech giants as politically biased or, as he put it in a recent tweet, "sooo on the side of the Radical Left Democrats."