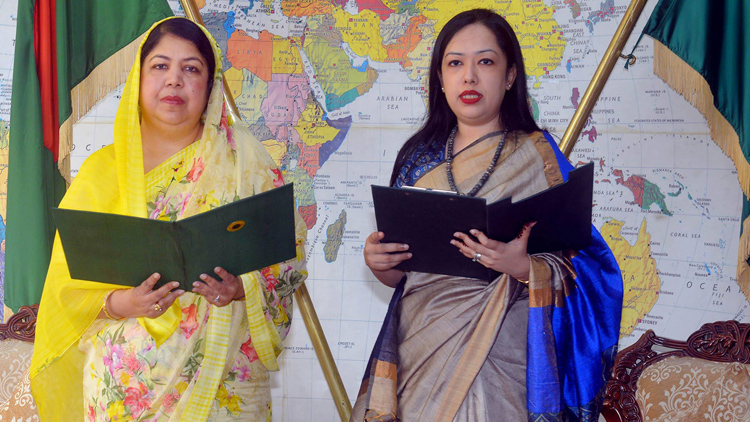 Barrister Rumeen Farhana, who took oath as a Member of Parliament (MP) on Sunday, considered the 11th Parliament illicit.

She came up with the reaction before journalists after her oath-taking as an MP from BNP's lone reserved seat today.

Despite her oath-taking as a member of the 11th Parliament, she demanded that the parliament should be immediately dissolved. She also called for a free, fair and participatory re-election.

Rumeen said, “I am glad. But at the same time, I am saddened too. I am ashamed because the parliament I am representing was not elected by people’s mandate. This parliament has no connection with the people of Bangladesh.”