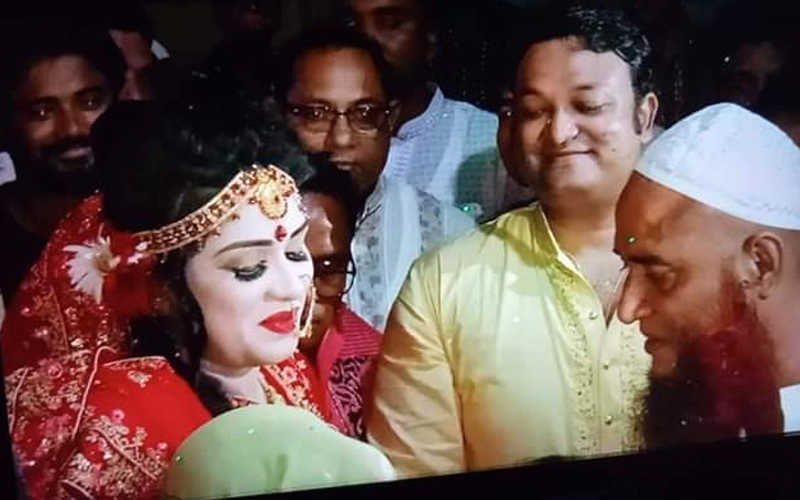 Member of Parliament from Dinajpur-6 constituency Shibli Sadiq has tied the knot to Khadiza Shimu.

The marriage ceremony was held at Shopnopuri in Nawabganj upazila of Dinajpur on Saturday night.

The close friends and members of both the families along with leaders and activists of Awami League under Dinjpur-6 constituency were present in the marriage ceremony at Shopnopuri.

Shopnopuri is a famous Amusement Park and Picnic spot in North Bengal owned by the family of Shibli Sadiq.

Earlier, Shibli married folk singer Salma on 25 January, 2011. But later, they separated in 2016. They have a four-year-old baby girl