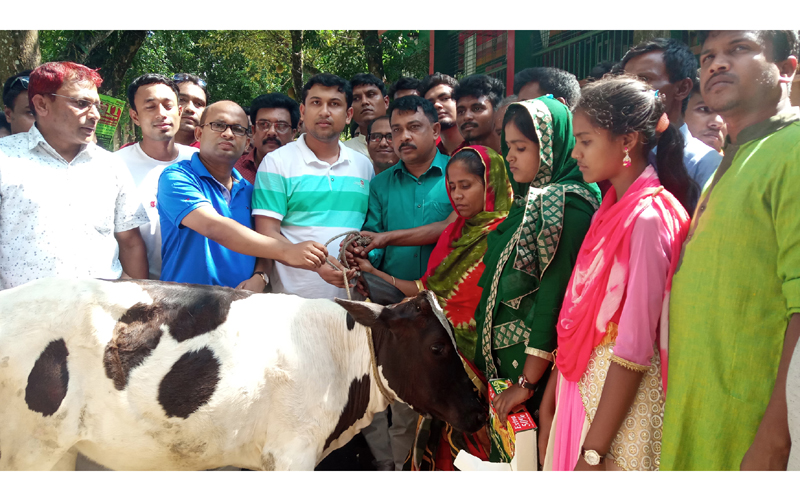 President of Bangladesh Chhatra League (BCL) Rezwanul Haque Chowdhury Shovon on Sunday gifted a cow to family members of Felani, who was killed in BSF firing on January 7 in 2011 on Fulbari border in Kurigram district.

Shovon handed over the crossbred cow to Felani’s father Nur Islam and mother Jahanara Begum at a function held at Nageswari upazila parishad premises in Kurigram to assist her younger five brothers and sisters continuing their studies, BSS reports.

On the occasion, Shovon said the present government led by Prime Minister Sheikh Hasina has already assisted family members of Felani to cut poverty for their well-being and better life.

He hoped that proper bringing up of the cross-bred cow would help five younger brothers and sisters of Felani to meet up their expenses for education.

Nur Islam expressed deep gratitude to the present government for extending assistance to his family and the BCL President for gifting the cow to ensure smooth education of younger brothers and sisters of Felani.