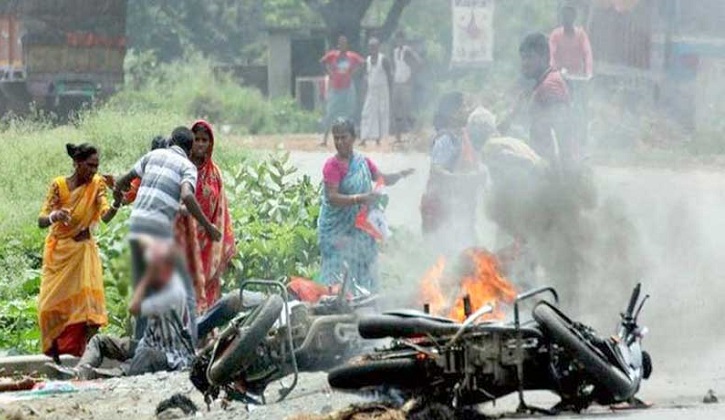 At least four people were killed in a gun battle between ruling party BJP and Mamata’s Trinamool Congress workers following removing of party flag at North 24 Paraganas in West Bengal of India on Saturday evening.

According to the report of popular Indian Newspaper The Hindu, three of the dead were BJP workers, while the other was a Trinamool member. The deceased were identified as Sukanta Mandal, Pradip Mandal and Tapan Mandal of the BJP and Kayum Mollah of the Trinamool.

The incident took place around 7:00 pm at Bhangipara of Sandeshkhali block under Boshirhat district, about 80 kilometres south of Kolkata.

The parties blamed each other for the violence

According to a post by BJP, at least 18 of their supporters are missing.

India Police said the battle between the two political rivals lasts for around two hours. The deceased were succumbed to their injuries after hit by bullets. A huge number of law enforcers was deployed on the area to upgrade security measures.