Team to start preparation for AFC U-16 Women's Championship 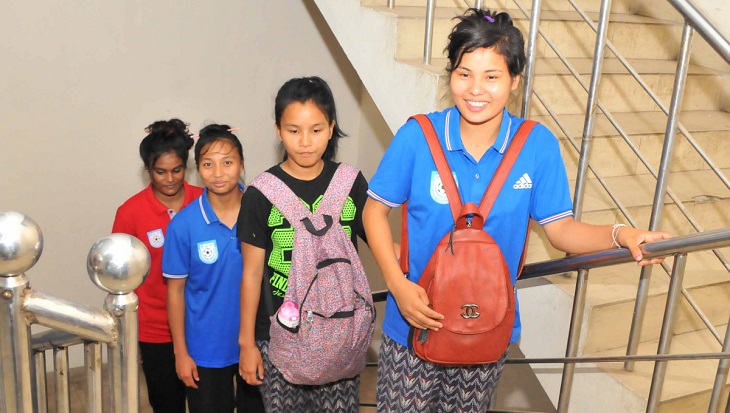 Bangladesh women booters joined the resident football camp on Saturday at the BFF House in the capital after their 19-day Eid vacation, reports UNB.

Booters will now prepare themselves for the upcoming final round of AFC U-16 Women's Championship 2019 scheduled to begin on September 15 at Chonburi Stadium in Thailand.

The eight-team AFC U-16 Women's Championship 2019 will also be considered as the qualifiers for the upcoming FIFA Under-17 Women World Cup 2020 in India.

The champions and runners-up of the eight-team fray will represent Asia in the upcoming FIFA U-17 Women’s World Cup 2020 in September.

Bangladeshi girls were put in tough Group A of the meet along with hosts Thailand, Japan and Australia.

They will face hosts Thailand in the opening match of AFC U-16 Women’s Championship 2019 at Chonburi Stadium in Thailand on September 15.

In their next group matches, Bangladesh will play Japan at IPE Chonburi Stadium on September 18 and Australia on September 21 at the same venue.