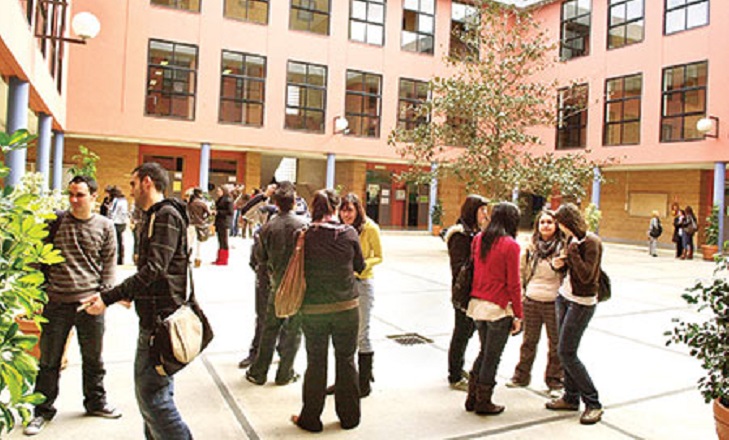 The country’s top private universities are earning a huge amount of money by increasing tuition fees gradually but the expenditure on academic and research activities remain very low.

According to the latest annual report of University Grants Commission (UGC), some 90 private universities earned around Tk 3,201 crore in 2017 and while the income of 86 universities was Tk 2,930 crore in 2016.

Data show that the income of private universities increased by around Tk 271 crore in a single year. But their allocations on research, laboratory and library are decreasing though there are rules to allocate a specific portion of the income on academic and research purposes.

English is one of the departments of the NSU where tuition fee is among the lowest.

But still the students have to pay Tk 8.29 lakh each to complete their graduation.

Eighteen private universities are operating without spending a single penny on research while a few others conduct name-only research in which the spending is much less than required.

Educationists say no tertiary education can be complete without research as the creation of new knowledge requires fact-finding analysis.

The latest annual report of the UGC reveals that 18 private varsities, out of 91 operating, spent no money on research in 2017.

Some of these institutions were established as long as 20-25 years ago.

The report also revealed that many private universities that carried out research did not focus on any innovative approach and spent just Tk 1-5 lakh each on so-called research.

Talking to the daily sun, educationist Prof Harun-ur-Rashid Askari said the matter of ignoring research activities by some private varsities is completely unexpected. Research allocation is increasing at public universities every year, but that at private universities is very low.

The UGC report mentioned that as per the Private University Act-2010, universities are supposed to allocate a significant amount of their annual budget on research.

Despite having a legal obligation to provide full-free studentship for three percent children of freedom fighters, at least 12 private universities are not following the FF quota.

As per the Private University Act 2010, privately-run higher educational institutions are bound to keep three percent quota to provide full scholarship to the children of freedom fighters.

The government has kept in the act a provision to give quota facility to the children of freedom fighters so that they can get higher education free of cost.

But, a recently published report of UGC shows that at least 12 private universities did not enroll a single student under the quota in 2017.

Although many private institutions are following the FF quota, they gave this facility to only a few students to show that they are going by the rule, the UGC report says.

The report also mentioned that in 2017, there was a total of 354,333 students in the country’s 95 private universities, but only 3,415 of them enjoyed the quota facility.

There are allegations that most of the private universities in the country are unwilling to provide full-free studentship to the children of freedom fighters. A recently published report of UGC shows that at least 12 private universities did not enroll a single student under the quota in 2017.

The report shows that a total of 792 students were admitted at the University of Science and Technology Chittagong in 2017, but not a single student enjoyed the FF quota.

The educationist also said, “Parents are admitting their children at the universities by selling their lands and other valuables but their children don’t get anything except for certificates.”

He said the government should take measures to strengthen its monitoring by Accreditation council to ensure quality higher education at the private universities.

“But many universities forgot this.”

“The universities are earning a huge amount of money, but they can’t spend less on students’ welfare.”

Some owners of private universities treat educational institutions as their other business entities. They have to keep in mind that a private university is not only for making money. They should think that they are meant to advance creation of knowledge and public welfare, he said.