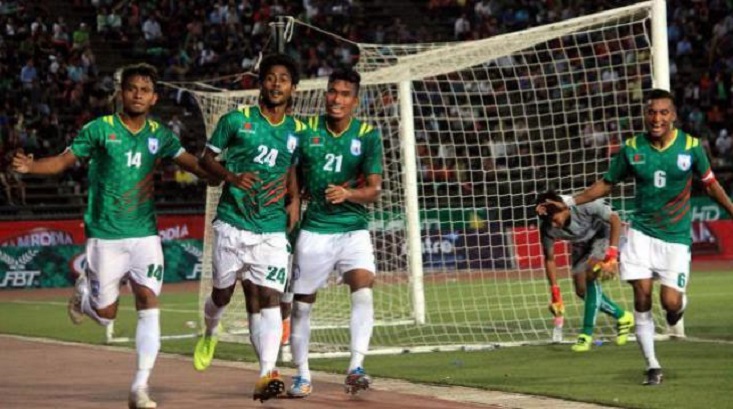 Bangladesh National Football Team started their training session at Bangabandhu National Stadium here on Saturday ahead of their upcoming home match for the joint pre-qualifications for FIFA World Cup 2022 and AFC Asian Cup 2023 against Laos.

After a goalless first half in the previous match, Bangladesh broke the deadlock in the 71st minute when Robiul buried the ball into the net with a low shot from just outside the box.

Laos tried hard for an equaliser but a determined Bangladesh maintained their lead.

The victory handed Bangladeshi footballers a boost in confidence ahead of their upcoming home match.

Bangladesh Head Coach Jamie Day said, "We're pleased that we've won the first leg. Now, we have to try to play well in the second leg and have to win the game. We have some advantages. I think those will be helpful."

On Sunday, Bangladesh will hold their training session at Bangabandhu National Stadium at 4pm while visitors Laos will start their preparation on Sunday at Lt Sheikh Jamal DC Ltd ground in Dhanmondi at 4:30pm.

If Bangladesh can overcome the pre-qualifiers, they will be able to participate in the qualifiers of the FIFA World Cup 2022 and AFC Asian Cup 2023 as well as some friendly matches in the next four years.