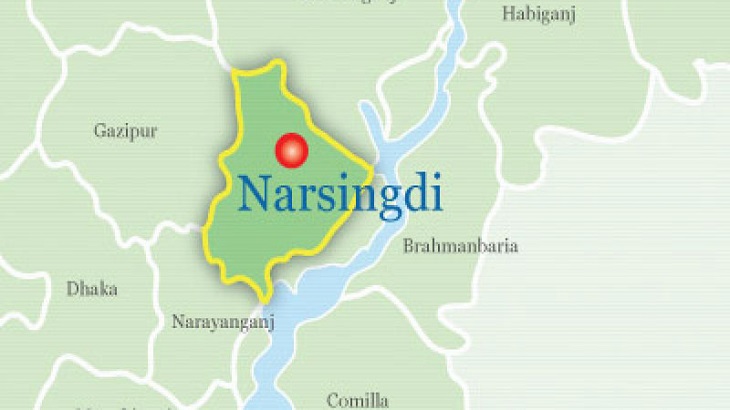 Police are looking for a man who has been missing since the murder of his wife in Kalachar village of Shibpur village.

Nazrul Islam, a readymade garment worker, is believed to have slaughtered his wife Nazma Begum, 25, in front of their eight-month-old child at their rented house on Friday night.

Police said they suspect that family feud led to the murder.

Locals said that Nazrul had an altercation with his wife after he demanded Tk 5,000 from her last night. When she declined to comply, he slit her throat with a sharp weapon and fled, locking the door from the outside.

On Saturday morning, people gathered in front of the couple’s house hearing the scream of their child. When they opened the door, they found the body and contacted police.

“We’re trying to find out the reason behind this murder and arrest the suspect,” said Sub-Inspector Anowar Hossain.