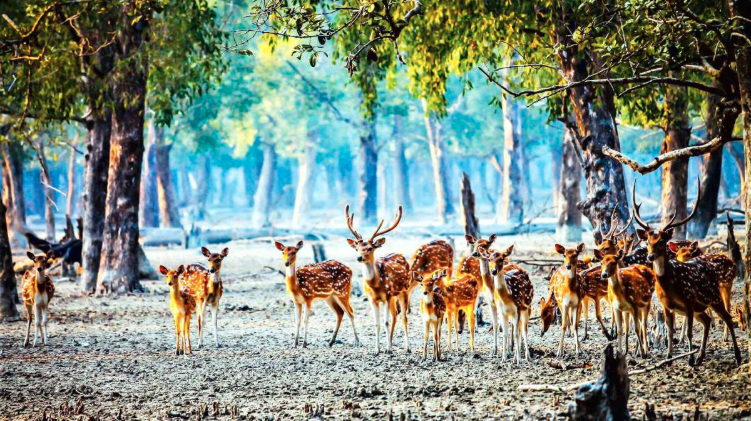 The Sundarbans, the world’s largest mangrove forest, was a major draw for tourists during the long Eid-ul-Fitr vacation.

Forest officials said the influx of tourists would continue for some more days.

The Sundarbans, a world heritage site, is known for its wide range of flora and fauna that include the majestic Royal Bengal Tiger, the rare Irrawaddy and Ganges dolphins, and various species of birds and animals.

But heavy rainfalls discouraged many tourists from visiting various spots including Harbaria, Hironpoint, Katka, Kachikhali and Dublarchar in the forest, Kabir said.

Hiro Mia, a resort owner in Mongla, reported good business, saying that all of their rooms had been booked.

Mongla Police Station Officer-in-Charge Tuhin Mandal said the number of tourists increased this year because of the long Eid vacation.

The pressure was so great that the tourism centre was forced to cancel the vacations of its employees. “Our vacation has been cancelled to ensure the safety of the visitors,” said Kabir.