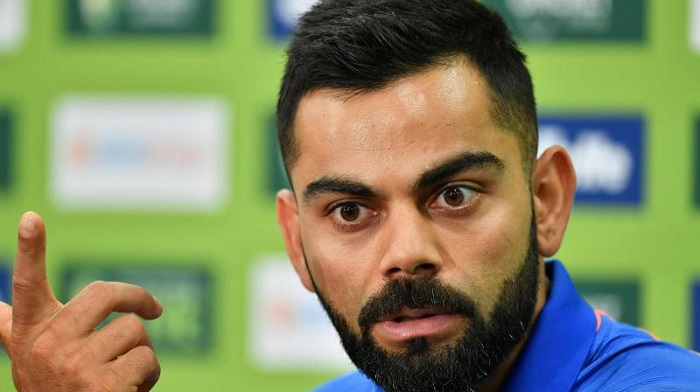 While the Indian skipper is busy with the boys in blue in England preparing for the next battle in the 2019 world cup against Australia this Sunday, his domestic help faced a slight issue.

The Gurugram Municipal Corporation authorities have issued a Challan against Kohli for wasting drinking water after the player’s domestic helpers were spotted washing his cars with drinking water.

The skipper was imposed with a fine of Rs 500.

The matter was reportedly brought to attention by the player’s neighbours who complained about the cars, including two SUVs, requiring a thousand litres of water to clean, according to reports in DNA.

The issue comes following a hot phase in Northern India, with temperatures in cities like Delhi hovering at around 45 degrees Celsius. As a result, north India has been suffering an acute water shortage.

The officials also informed that ten other houses in the vicinity were imposed with the fines and that stated that wastage of water won’t be tolerated and strict action would be taken against those who didn’t comply.