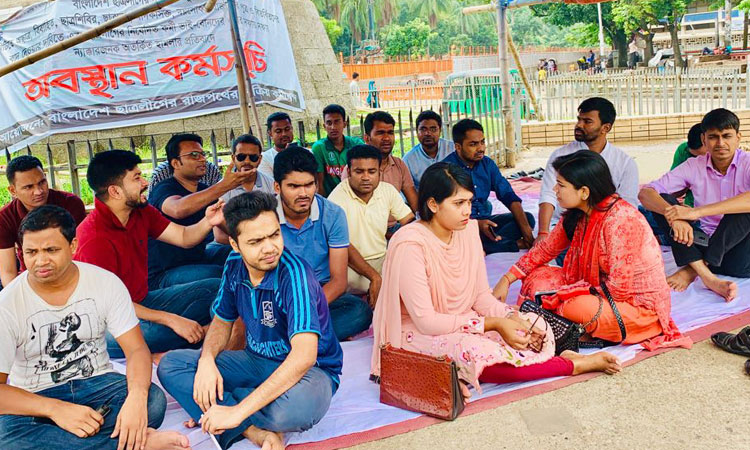 At least 15 men of BCL newly formed 301-member full-fledged central committee are going to be declared as ‘controversial’ soon.

They were found involved in Bangladesh Chhatra League (BCL) anti-constitutional activities and BCL is going to announce their posts vacant soon.

On May 28, BCL declared 19 posts of its 301-member central committee vacant over controversy through a notification, signed by by BCL central committee president Rezwanul Huq Chowdhury Shovon and General Secretary Golam Rabbani.

Awami League (AL) Organising Secretary AFM Bahauddin Nasim on Friday told journalists, “We have got few more controversial names except previously announced 19. If anyone found controversial in the light of BCL constitution, we will take action against them.”

Bahauddin Nasim, also one of the four AL leaders assigned by Sheikh Hasina to address the complexities over BCL central committee, also said that they will disclose the names of the controversial including previously announced 19 controversial BCL leaders.

A faction of BCL leaders, who were deprived from posts and allegedly devalued in the organisation, spent their Eid holiday sitting at the base of Raju memorial sculpture on the Dhaka University campus.

They have been urging BCL central leaders to disclose the names of the controversial activists, who got posts in the committee and to take action against those, who assaulted them earlier.