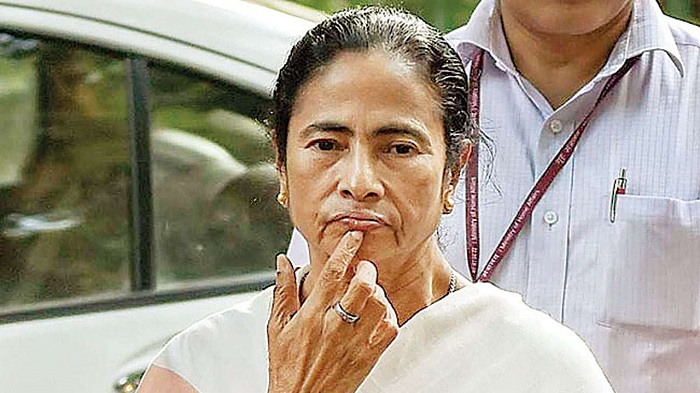 Although, Mamata Banerjee has trashed Salim’s claim and said that, “Kazi Nazrul Islam has produced Joy Bangla slogan. This slogan is related to languages. Bangladesh too pronounced this slogan in her Liberation War.”

In reaction to Mamata’s statement, Mohammed Salim said, “Joy Bangla is the slogan of Bangladesh during its freedom movement.  Sheikh Mujibur Rahman pronounced this. But they (Trinamool Congress) only know how to duplicate things.”

On information, Mamata Banerjee confronted a group of people who chanted 'Jai Shri Ram' in North 24 Parganas of West Bengal on Thursday while her motorcade was passing through the troubled Bhatpara area of the district.

She alleged that Bharatiya Janata Party (BJP) and Rashtriya Swayamsevak Sangh (RSS) are using 'Jai Shri Ram' slogan to deepen communal divide in west Bengal and called them as “outsiders”.

“These are all outsiders and BJP people. They are criminals and were abusing me. They are not from Bengal," Mamata Banerjee told a news agency.