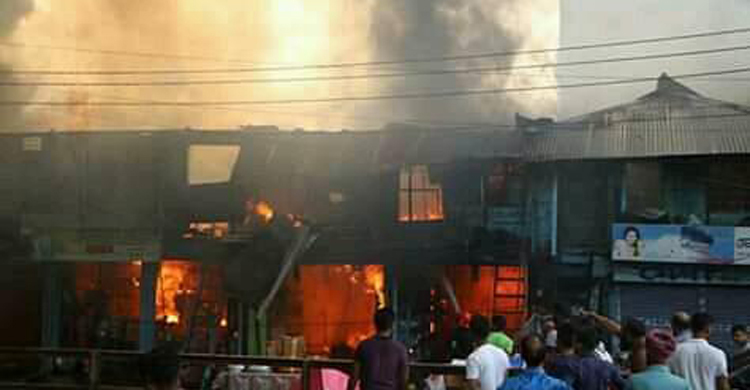 At least 50 shops were gutted in a fire which broke out at Choumuhani Bazar in Begumganj upazila on Friday morning.

Local businesses and fire service officials said that the fire originated at a shop on the west side of Choumuhani Rail Station Road around 6:30am.

The fire spread rapidly and soon engulfed the adjoining shops.

Eight firefighting units rushed to the spot and extinguished the blaze after two and a half hours of frantic efforts.

The extent of damage could not be ascertained immediately.