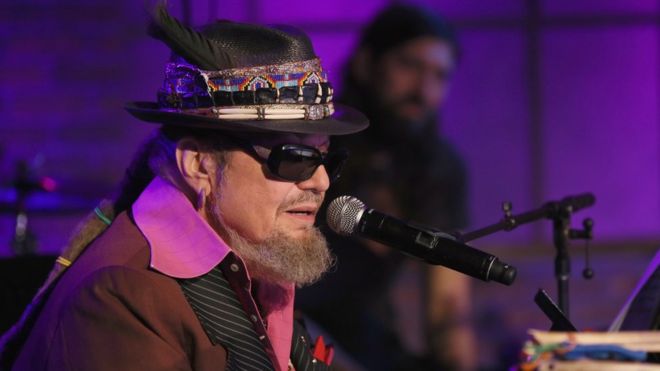 Grammy-winning American singer Dr John has died at the age of 77 after suffering a heart attack.

The New Orleans-born musician died on Thursday, according to a message posted on his official Twitter account.

The Rock and Roll Hall of Fame singer combined the genres of blues, pop, jazz, boogie woogie and rock and roll.

A statement said: "Towards the break of day June 6, iconic music legend Malcolm John Rebennack, Jr, known as Dr John, passed away of a heart attack."

It added: "The family thanks all whom shared his unique musical journey & requests privacy at this time. Memorial arrangements will be announced in due course."

His live shows were known for their carnival atmosphere and he would wear costumes of bright colours, feathers and plumes, and scatter glitter on the audience.

He recorded some 35 albums, and three of them won Grammys - most recently "Locked Down" in 2013.

That album touched on drugs, his time in prison - he got a two-year sentence for drug charges in the mid-60s - and efforts to repair his relationship with his children.

He was married twice and told the New York Times he had "a lot" of children. 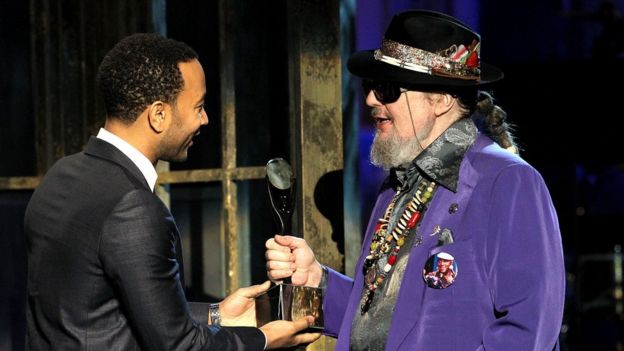