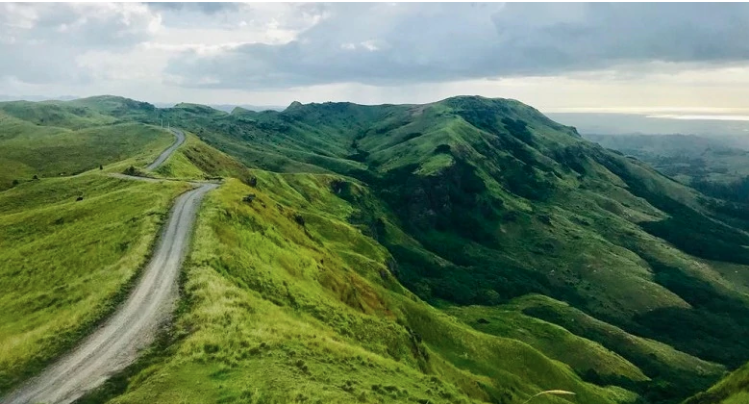 In the Ba province of Fiji, people sip on kava, a ceremonial drink that is more popular than beer in the islands. Coconut bowls are passed around to drinkers, who clap their hands and say ‘bula’ before downing it in one gulp. This close, social ceremony brings people together. And when things don’t go as planned, Fijians hardly worry; chances are they’ll take a nap, chat with a friend or have another bowl of kava. Their elastic attitude about time truly alleviates stress. Welcome to Happiness.

This happiness, which is the official slogan for Fiji tourism, is palpable when you look at the tightly knit society that is mostly village-based. Extended families live all around, children are cared for by the community, and the crime rate is low. The bond between people, and the support they offer each other is real. But looming over Fiji’s happiness quotient is a real threat to its way of life, even its very existence, from the effects of climate change. Climate change will affect the coastal resources of Fiji manifold.

Sea-level rise will lead to increases in coastal erosion and coastal inundation, increased exposure to wave action and, in some cases, the retreat of mangroves. Projected increases in sea surface temperature may lead to a rising incidence of coral bleaching. Coral bleaching is also likely to have adverse effects on coastal biological diversity and fisheries. Changes in the patterns of storms, including increase in the frequency or intensity of tropical cyclones, may cause greater incidence of coastal inundation and erosion events. These processes may be exacerbated by reduced reef protection.

In addition to natural disasters, climate change brings long-term threats, especially sea-level rise, health impacts, and agricultural losses. In the past 40 years, Fiji reported a total of 124 natural disasters, affecting almost all parts of the country. Tropical cyclones accounted for 50 per cent of the events, followed by floods and earthquakes. These natural disasters had a considerable impact on the lives and livelihoods of the people of Fiji. While driving from Nadi to Suva one can see a line of resorts that have come up to cater to the large tourist population that throngs Fiji.

Tourism is the largest contributor to Fiji’s GDP. But as development reaches the shores of Fiji, it also drags in the negative baggage of plastics. Plastic bag has replaced the once common basket or cloth bag because it is a more convenient option. There is also rampant use of plastic straws and bottles, with disregard to the terrestrial and marine ecosystems that a large part of the Fijian population depends on for their livelihoods. One would have expected more empathy towards the environment. When plastics were first introduced in the 1950s, no one could ever imagine that it would prove to be an insurmountable challenge to address which primarily stems from its non-biodegradable nature.

Plastics fragment into smaller debris known as microplastics. These microplastics have been accumulating thanks to the improper disposal of plastics in the ocean for at least four decades. Marine organisms such as fish species and corals mistake plastic for food, causing starvation and suffocation. Over 95 percent of the fish in the region have plastics or micro-plastics in them, and statistically the Pacific islanders consume more fish as their major source of protein than any other region in the world. Overfishing and the destruction of the reefs is real.

A trip to Pearl Resort, about a two-hour drive from Suva, shows the damage caused to the reefs by repeated storms and polluted runoff from a nearby stream. One can see dead and bleached reefs while snorkeling over them, a sight, locals say, that is sadly becoming more and more common.

Overexploitation of resources and unsustainable management practices will affect the socio-economic fabric of Fiji as well as reducing the resilience of the environment and increasing its vulnerability to the adverse effects of climate change.

According to locals, the option of going out on the reef to catch dinner are disappearing, as the fish is nowfar out at sea. Fijians have started exploring alternate livelihood options such as raising clams and fish that can be protected from poachers. It would also help repopulate the reefs, which in turn can attract more divers, who could be charged a fee. Behavioural change like this, brought on by economic constraint but which has an environmental co-benefit, is needed for a sustainable solution in Fiji.

As the President of Conference of the Parties (COP 23) of the UN Framework Convention on Climate Change (UNFCCC) in Bonn, Germany, Fiji highlighted how the island nation faces major environmental challenges, including deforestation, unsustainable fishing practices, and the introduction of invasive species, that have led to the destruction of coral reefs.

Rising sea levels has led to the erosion of Fiji’s coastal areas, and the intrusion of saltwater has destroyed farmland and forced residents to move to safer ground. We must pause to think: Would Fiji’s stunning islands look the same in a decade? The beautiful locales of the island, the soft breeze, turquoise oceans and picturesque sunsets make it hard to muster alarm.

But strong policy action influencing behavioral changes and support from the global community would be essential to ensure that Fiji overcomes the problems arising out of climate change. A strong and collective global action is what countries like Fiji needs to ensure that its rivers keep happily flowing to the ocean.