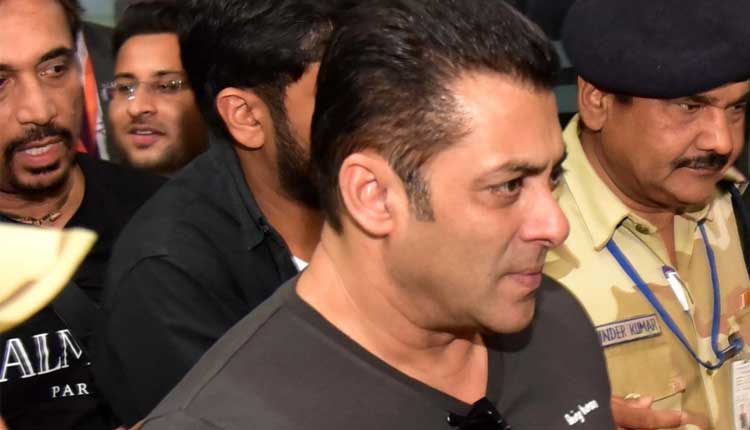 A video of superstar Salman Khan slapping a security guard has gone viral on social media, leaving netizens split whether actor's behaviour was right or not.

In the video, Salman is seen exiting a cinema hall amidst a lot of people and then suddenly turning and slapping one of his security guards, who was making way for the actor.

Though it's not clearly visible what irked "Bharat" actor and made him slap the guard, it's reported that Salman got angry because guard had pushed a young fan.

Social media users have a mixed reaction on this.

Supporting Salman's behaviour, one user wrote, "True human can never see torture on children. Salman is a true human being." Another gushed, "One of the million reason why we love this man."

But there is a section of social media users who slammed Salman for slapping the security man.

One Instagram user wrote, "This is not the way to deal. He (security guard) was doing his job. It's very difficult to handle fans."

"This man needs to be in jail for all the crimes committed, including hitting the security", a netizen wrote.