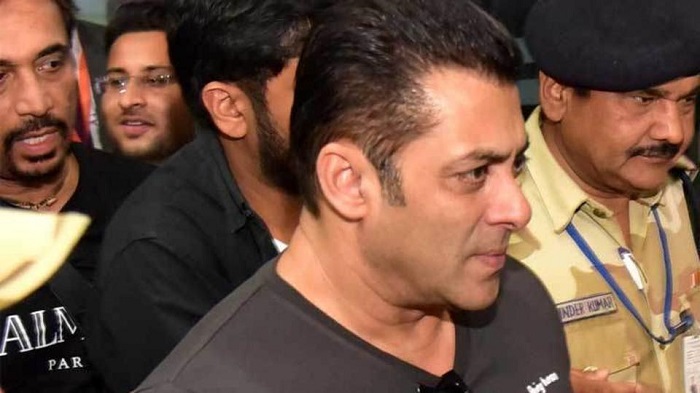 Bollywood actor Salman Khan has been caught on camera, seemingly assaulting a man. According to several reports, the actor lost his cool when he saw the man - reportedly a security guard - manhandle a young fan of his.

Cellphone videos shared on the internet show the actor walking, surrounded by his security team. He stops suddenly, apparently noticing something, turns around and swings at a person standing on the side. “Omg, @BeingSalmanKhan literally slapped a security guard for getting rough with a fan kid!” one person wrote on Twitter.

The incident reportedly happened during Tuesday’s premiere of Bharat, which was attended by the who’s who of Bollywood, including Salman’s co-stars Katrina Kaif and Sunil Grover, reports the Times of India.

Several people have reacted to the alleged incident on Twitter. One person wrote, “It’s only @beingsalmankhan who can slap his bodyguard in front of public for behaving rudely with his fans ‘’tamacha zor ka pada boss.”

Another person seemed to support the actor. She wrote, “Awesome @BeingSalmanKhan ! Haters will make up some negative stories but for FYI : Salman slapped his security guard who failed to take care of small kids getting trampled in crowd! That is SALMAN KHAN for YOU!”

Another Twitter user wrote, “The security guy clearly doing his job ...we all know the how difficult is to handle a big crowd ...who is Salman Khan to slap someone or decide something what is right or wrong? If u have a problem just file a case you can’t ...you just can’t harass or abuse someone!”

Bharat, meanwhile, has been well received by critics. Considered a return to form for the actor, the film has been praised for being more emotionally driven than the action-packed flop Race 3.