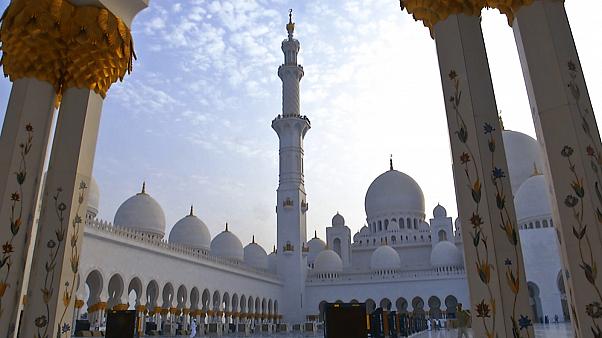 India celebrated Eid-ul-Fitr on Wednesday with much fervour and enthusiasm. The festival marks the end of the holy month of Ramzan and has often been a testimony to the inclusivity and communal harmony that has been an integral part of the nation.

The highlight of this year's Eid, though, was the joint Shia-Sunni namaz offered at the Shia mosque in Okhla Vihar, Jamia Nagar.

A tradition, that started almost five years ago in the Okhla area of the national capital, has now spread to other cities across the country. A similar initiative was taken in Lucknow last year during Bakr-Eid. The main agenda of the tradition is to bring together the Shia and Sunni factions that have been in an ideological conflict with each other since ages.

The initiative to hold joint Shia-Sunni namaz was taken under the Shoulder to Shoulder movement started by Delhi residents Syed Asad Haider Zaidi and Mazin Khan. The movement aims to bridge the gap within Muslim community.

Social activist Bilal Zaidi, who was present at the joint Shia-Sunni prayer ceremony, wrote on Facebook:

"The two groups have fought wars and killed millions. Their ideological differences are still being exploited by the power brokers in the Arab-Persian region.

"But as Muslims world over face the heat of Islamophobhia, the discourse is now changing.

The split between Sunnis and Shias occurred soon after the death of the Prophet Mohammad in 632 and has always been a question of, "who is the rightful successor to the Prophet?" One claims superiority over the other, calling their rendition of the faith, the Islamic one. Later picked up by religious leaders to rile sentiments, this issues has now become a political one, causing bloodshed in the Asian subcontinent and Middle Eastern countries. To keep aside issues and come together in a show of solidarity and unity on Eid will go a long way to mend differences.

Zafar Abbas, a journalist who was a part of this congregation, says, "We don't say we are going to make a substantial change overnight, it might take some time but we do wish the coming generations are not prejudiced against each other. The barriers need to be broken. The message of brotherhood needs to be spread. In fact, every religion should initiate moves like these to spread brotherhood."

Journalist Asad Ashraf said, "Shoulder to Shoulder is an attempt to bridge the gap between Shia and Sunni Muslim community living in India. For long, it has been said that Indian Muslims are not united and that there is deep factionalism between various sects. This joint namaz is not just an attempt for members of Shia and Sunni community for introspection in order to do away with biases against each other but also a loud message that in difficult times ahead all of us stand united as a community."

The next Shia-Sunni namaz will be held for Id-ul-Azha this year in the Jamia University mosque.