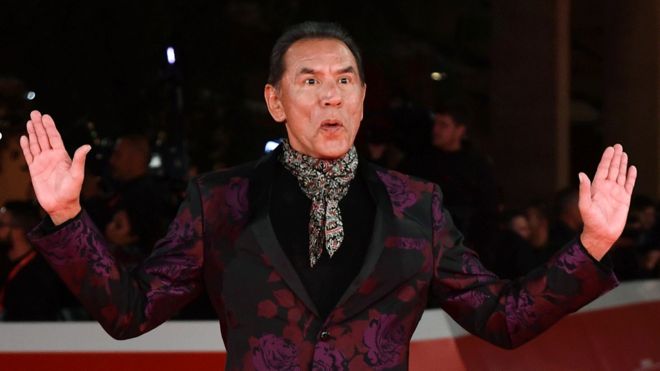 Nearly 50 years ago, Marlon Brando famously declined his Oscar for The Godfather over Hollywood's treatment of Native Americans.

He sent Native American actor and activist Sacheen Littlefeather on stage to refuse the award on his behalf on stage at the 1973 ceremony.

And it's taken a mere 46 years for a Native American actor to finally be honoured with an Oscar.

Wes Studi has been given the honorary award for career achievement.

Canadian native musician Buffy Sainte-Marie shared a best original song Oscar in 1982 but Studi's acting honour will be seen by many as a further step in the Academy of Motion Picture Arts and Sciences' continuing attempts to embrace diversity.

In June last year, AMPAS invited 928 artists and executives to join - almost half of whom are women and over a third from minorities.

Hollywood's complicated relationship with Native Americans goes back to the earliest movies set in the Wild West.

Aside from largely ignoring the presence of black cowboys - they largely stuck to negative racist stereotypes of Native people, often portraying them as savage.

This is yet another sign of Native Americans on the up. It comes after unprecedented numbers of Native Americans ran for public office in 2018, a record number of them female. The Native population in the States is significantly younger than the average American and numbers are rising fast - more than five million identify as American Indian or Alaskan Native and about 78% are living off reservation.

Of course, this award is long overdue, since Wes Studi has been working extremely hard at an exceptional level for a very long time - he's 71. He went to Chilocco Indian School, fought in Vietnam and overcame great odds to succeed.

It's regrettable that to work in the mainstream he's had to be in some heavily stereotyped movies, such as Kevin Costner's Dances With Wolves (1990) and Last of the Mohicans (1992). Colonialism is full of ironies, and it's especially ironic in this case that the first Native Oscar goes to a man who has achieved success often playing an 'Indian chief', when in truth, in a great many Native communities, women often led and historically played key roles in diplomacy and war.

The bottom line though is that Wes Studi is superbly talented and a credit to his Cherokee people. He spoke Tsalagi, his people's language, when he introduced a montage at the 2018 Oscars. He's a veteran who fought for his country, as so many other Natives have in all America's great conflicts - it's refreshing to see America recognise one of the very best.