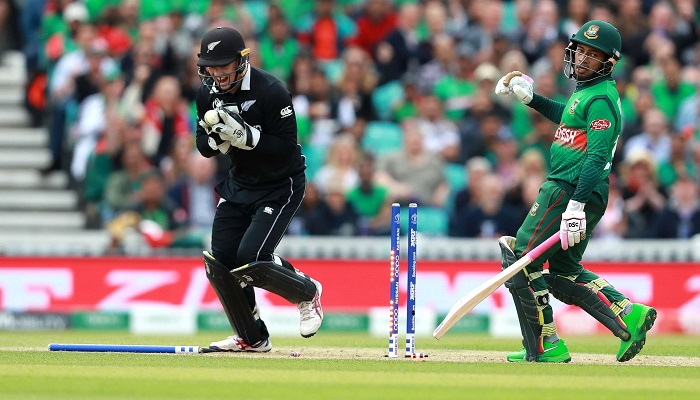 Kiwi skipper Kane Williamson elected to bowl first against Bangladesh in the ninth match of the ICC World Cup at Kennington Oval in London on Wednesday afternoon.

The match began at 6:30 BST (12:30 GMT) at Kennington Oval in London. Tamim Iqbal and Soumya Sarkar opened the innings for Bangladesh side.

Bangladesh all-rounder Shakib Al Hasan was set to play his 200th one-day international. Shakib is the third Bangladeshi player to feature in 200 or more matches, behind his skipper Mashrafe Mortaza and Mushfiqur Rahim.

Williamson fancies the fresh surface, and hopes to unleash Trent Boult to cause some havoc against the team that posted 330 first-up on this same ground on Sunday.

An unchanged side for New Zealand. Tim Southee and Henry Nicholls are not yet at 100% fitness, which makes the decision easier.

"We'd like to have bowled as well," says Mashrafe Mortaza. "We need to hang in there and fight to the last ball." And Bangladesh are also unchanged!

Bangladesh and New Zealand both teams come off impressive wins and will look to carry forward the momentum in this game.

Bangladesh would have derived plenty of confidence from the win against SA, but then would be wary against the threat of Trent Boult and company.