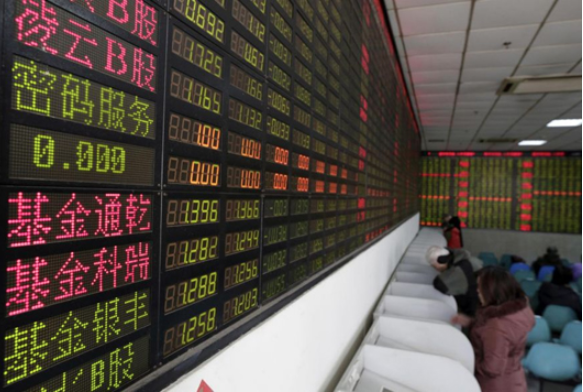 “We are closely monitoring the implications of these developments for the US economic outlook and, as always, we will act as appropriate to sustain the expansion,” Powell said.

The comments signal a shift in the policy of the Fed, which has kept interest rates unchanged in 2019 after a series of hikes in 2018 and previous years.

“Powell changed the Fed messaging just enough to avoid signalling a shift from patient to panicked… it was music to US investors’ ears who have been starved of positive news of late”, said Stephen Innes, Managing Partner at SPI Asset Management.

The Dow closed with gains of 2.1 percent.

In Asia, Tokyo jumped 1.9 percent, while Hong Kong was up 0.8 percent. Shanghai and Seoul edged up 0.3 percent and Singapore climbed 0.6 percent.

The Australian economy has avoided recession for almost 28 years, but a housing slump, rising unemployment and below-target inflation prompted the central bank on Tuesday to cut its key interest rate to a historic low of 1.25 percent.

The buying was also supported by more favourable news on the trade front, with Beijing backing negotiations to resolve its spat with Washington and congressional Republicans opposing President Donald Trump’s tariff threats against Mexico.

But a new World Bank report showing reduced global growth forecasts for the year suggested that investors could expect the trade headwinds to continue for some time yet.

The world economy is now expected to expand by 2.6 percent this year, three tenths of a percentage point lower than the January forecast, and well below the three percent growth seen in 2018, according to the Global Economic Prospects report.

“The bottom line is that the global economy is coming to a crossroads,” World Bank economist Ayhan Kose, who oversaw the report, told AFP.

“We need to find ways to stabilise growth and I think further escalation of these trade tensions is now the number one risk that could actually weigh on the outlook,” he told AFP.

The US-China trade spat has seen the top two superpowers deploy tit-for-tat tariffs on trade worth hundreds of billions of dollars, with no date set for stalled talks to resume.

But there are hopes that Trump and Chinese President Xi Jinping will meet at the G20 summit in Japan this month to jump-start negotiations.