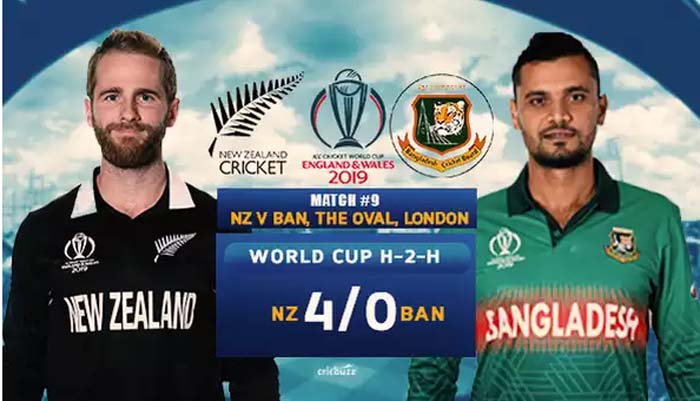 Behind Chris Gayle, Lasith Malinga and Ross Taylor, players with the fourth-highest experience of World Cup matches, is an almost inseparable troika: the best allrounder in the world Shakib Al Hasan, Bangladesh's highest run-scorer in all formats Tamim Iqbal, and their second-highest and third-highest run-scorer in Tests and ODIs Mushfiqur Rahim. They have played 22 World Cup matches each.

Of the 13 most experienced- in all ODIs- players at this World Cup, three are from Bangladesh, and that includes captain Mashrafe Mortaza. The four form the inner core of the team, and even if you leave out Mashrafe and his creaky knees, we have a trio that are at the prime of their game and conditioning, and also have so much experience. Tamim is 30, Mushfiqur is 31, Shakib is 32. Following closely is Mahmudullah. He is 33, he has played 176 ODIs, and he is into his third World Cup.

Together they have engineered some of the most celebrated and memorable World Cup upsets, and now they have brought Bangladesh to a stage where beating South Africa is not considered a shocking upset. They have been Champions Trophy semi-finalists too. Even as they look desperately for that one crowning achievement - a world title, an away Test series win - the World Cup of 2019 is richer for Bangladesh. This World Cup wouldn't have had Bangladesh had the World Cups of 2007, 2011 and 2015 not been more inclusive. You wonder if Afghanistan and Ireland will ever get to the stage Bangaldesh have got to.

More than playing a team in international cricket, a test of how welcoming you have been is how often you host a side in Test cricket, which can be a hard sell for "one-sided" contests. Only in Sri Lanka have Bangladesh played more away Tests than the nine in New Zealand. That's five full tours to New Zealand. As a comparison, they have played one Test in India and two in Australia.

This will be Ross Taylor's 400th international match. He knows how dangerous that experience in the Bangladesh side makes them. "They wil be coming off a high after beating South Africa," Taylor said. "A lot has been made of it being a big upset. I probably wouldn't call it a big upset. Bangladesh in their own right are very good and must be one of the dark horses for this tournament. We don't need to look too far back than the last Champions Trophy where we got tripped up by them in Cardiff."

Bangladesh have just endured a miserable trip to New Zealand, failing to win anything, but New Zealand know them well enough to know they are a different team at World Cups and ICC events. The conditions change, helping their batsmen and also - if slightly tired surfaces - their spin-bowling allrounders.

Taylor believes Bangladesh's recent tour of New Zealand will matter little. "We have just seen Pakistan beat England after a bilateral series of 4-0," Taylor said. "Shows you that doesn't mean anything. You have to be on your game and play near to your best to beat any side. We know how they can play, and Shakib does add a lot more balance to their side as well."

Shakib, of course, didn't make the trip to New Zealand, and he averages 25.74 with the ball against them as opposed to 30.03 overall. New Zealand have done their best to prepare for Shakib by calling up Ajaz Patel, who is playing club cricket in England, to the nets.

They also have bowling coach in Shane Jurgensen, who has previously worked with Bangladesh. He was not surprised at all that Bangladesh beat South Africa. "[A] really talented cricket team," Jurgensen said. "I was actually surprised when Shakib came out to bat that he is only 32 years of age. [I] think he has been playing since he was 17 or 18 for Bangladesh. So too Mushfiqur Rahim. [They are an] extremely experienced team, and they know their games pretty well."

Jurgensen knows New Zealand need to step up every time Bangladesh are getting on a roll because they tend to build irrepressible momentum. "That's when we need to make sure we step up our game."

It is, incidentally, the respect and welcoming attitude, that Bangladesh themselves will do well to offer to the newcomers. They are guilty of not playing enough cricket against Afghanistan and cancelling series, an attitude partially brought about by importance of preserving rating points just before the World Cup qualification deadline. Bangladesh are now a respectable part of cricket's midcard outside the Big Three and South Africa, who are neither here nor there.

It is a forced grouping, but also the reality of commercial cricket today. In this environment, it is the strength of this midcard that will determine the health of international cricket. Bangladesh now need to do their bit to welcome more members into the group. As it clearly shows in the case of this match, familiarity has only bred respect.