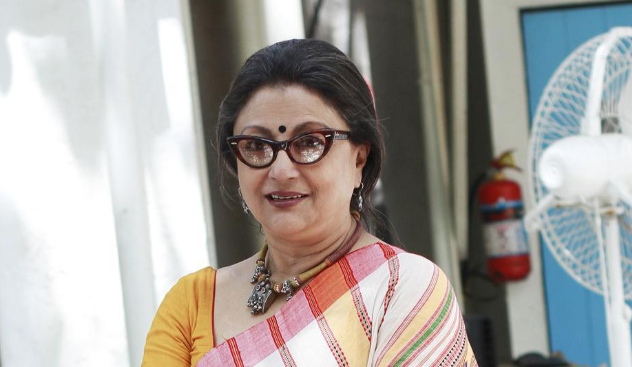 Mamata Banerjee could be digging her own grave with her "kneejerk" reactions to the BJP's "Jai Shri Ram" campaign, award-winning filmmaker Aparna Sen said today in an interview in which she also voiced concern about mixing politics with religion and nationalism with Hindutva.

On the "Jai Shri Ram" chant, which has come to symbolize the intense Trinamool Congress-BJP faceoff in Bengal, Aparna Sen said: "I don't like it. Politics and religion should be kept completely separate. All problems start from equating politics with religion."

That said, she added, "it is a democracy and people have the right to freedom of expression. If they chant Jai Shri Ram or Allah Hu Akbar or Joi Ma Kali you can't stop them."

Bengal's ruling Trinamool Congress suffered a shock setback in the national election, winning only 22 of Bengal's 40 seats. The BJP scooped up 18 seats, demonstrating the deep inroads it had made in a state where it had managed only two seats in 2014. The party made the "Jai Shri Ram" slogan a centerpiece of its campaign once it became obvious that it touched a raw nerve.

The legendary actor disapproved of Chief Minister Mamata Banerjee's act of lashing out at people shouting "Jai Shri Ram" at her, caught in videos gone viral on social media.

"I don't like the way our chief minister got out of the car and tried to stop them and used abusive language. That doesn't behove her," Aparna Sen said, pointing out that Ms Banerjee came in with a huge majority and had done some good work in the state.

"But I have to say all her reactions are kneejerk reactions. She's so impulsive. She doesn't think before she does anything. If she aims to be the chief minister of Bengal for a long time, she has to start practising controlling her speech, controlling the way she talks, just the impulse to talk she has to control. She has to first think it out and then say what she has to say...take the advice of people around her, like Amit Mitra and Saugata Roy. She should not say the first thing that comes to her head."

The people of Bengal, she said, were very upset and didn't like to see their chief minister behaving like this. "She's turning her voters against her. She's digging her own grave," said Aparna Sen.

Did she mean that Mamata Banerjee could stare at a defeat in the 2021 Bengal state polls?

"She will have a very, very tough fight in the assembly elections. The civilized urban elite middle class are all pro-BJP now. I worry for that. I am sure Mr Modi (Prime Minister Narendra Modi) will make a real effort to set things right in this country. But their basic idea of equating nationalism with Hinduism...The Savarkar brand of nationalism, that worries me. I would much rather go with Gandhi's pluralism."

The actor-director said she feared icons like Gandhi, Jawaharlal Nehru, Ravindranath Tagore and Saratchandra were under attack. "If young people think of equating Hindutva with nationalism and forgetting there are agnostics, atheists, Christians, Buddhists, Sikhs, Dalits and Muslims...that is us, that is what holds India together."

Asked what her message would be for Modi, who just began a new five-year term at the centre, and Mamata Banerjee, who faces a critical state election just two years away, Aparna Sen said: "I don't have the temerity to send a message to Modi. But If I may humbly say, Prime Minister, just look after all your subjects. Remember, you are not the prime minister of only the Hindus, you are also the Prime Minister of the Christians, Dalits and Muslims."

To Mamata Banerjee, she added, "I would say please think before you say anything."