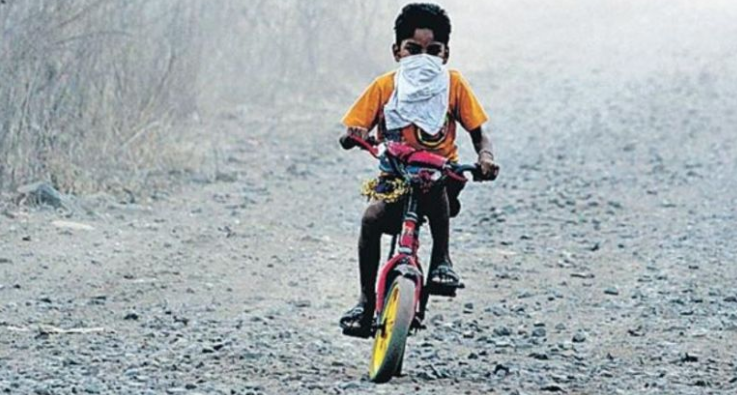 Not just adults, even children suffer from adverse health effects of air pollution, especially affecting their lungs as their young lungs cannot cope with the rising air pollution levels.

Doctors say children are more vulnerable as they breathe in twice the rate that adults do, which makes them inhale larger amounts of harmful pollutants, and it does more damage to the lungs of children under eight years of age as their lungs are still developing.

“A child also gets exposed to all the component of air quality index and not just the particulate matter, and each of these components have been studied individually by scientists and are known to cause serious harm. So, imagine what will happen to a child’s lungs when all these pollutants are collectively inhaled in heavy measures,” says Dr Krishan Chugh, paediatric pulmonologist, Fortis Memorial Research Institute (FMRI), Gurugram.

What makes the condition worse is high moisture levels in the air combined with drop in temperature around a particular time of the year when levels peak that makes it conducive for viruses and bacteria to thrive in the atmosphere.

Children also tend to catch infection quickly as the air is loaded with disease-causing microbes, and because of high pollutants these microbes are suspended in the air for longer period and at lower levels.

Precautions are the same for children as for adults that they should avoid areas where traffic is heavy as far as possible, and avoid venturing out during mornings and evenings when pollution levels are quite high.

If travelling in a car with a child, keep the windows rolled up and fan of the car’s air-conditioner on to avoid outside air coming in.

“It is not practical to ask kids to stay indoors but what we can do is ask them to avoid outdoor activities during early mornings and evenings,” Dr JS Bhasin, head of paediatric department, BLK Super Speciality Hospital.

Allow them to go out to play only when the sun is out. Doctors, however, don’t recommend masks for children.

“Masks are not practical for children as they won’t keep it on. Also, It’s difficult for children to breathe through a respirator as it might choke them,” said Dr Bhasin.

For those children who show symptoms of respiratory infection, doctors advise seeking treatment at the earliest.

Air pollution: Why children are prone to falling sick?

*Children have developing lungs, and breathe at twice the rate that adults do, inhaling larger amounts of pollutants.

*As children typically breathe through their mouths, the nasal filtration mechanism is often bypassed, so that more particles move into their lungs.

* Exposure to pollutants, including black carbon, NO2, PM2.5 and PM10, is linked to the development of asthma in children.

* Childhood exposure to air pollution by inhalation is associated with disease later in life.