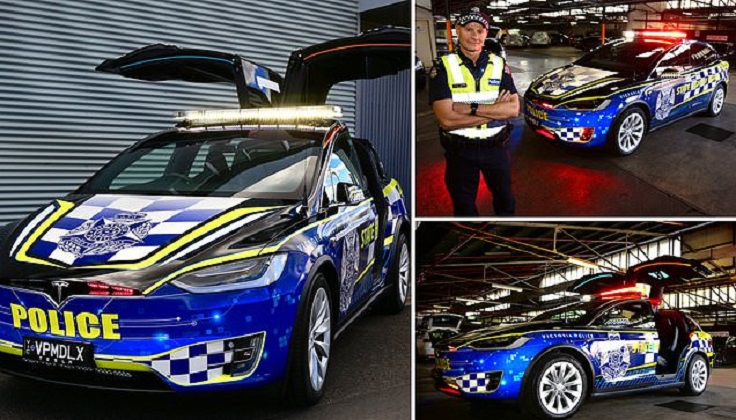 Australia's first all-electric police car hit the road in the State of Victoria on Monday, one of the first jurisdictions in the world to take the landmark step.

"This vehicle is unlike any other Victoria police has ever had in its fleet and could well be the future of road policing in this state, country and the world," road policing command assistant commissioner Stephen Leane said.

"Our Highway Patrol cars are equipped with cutting-edge technology and this car gives us the opportunity to investigate having these technologies in a fully integrated in-car system which has the potential of streamlining the road policing effort."

Victoria police are working with engineers from Tesla, the U.S. automotive and energy company, to integrate police software directly into the vehicle's onboard system, hopefully giving officers a more intuitive and easier-to-use interface.

"There is also a great environmental benefit to electric vehicles and considering our State Highway Patrol vehicles travel thousands of kilometers on the road per year, we should always be looking at ways we can lessen our impact on the environment," Leane said.