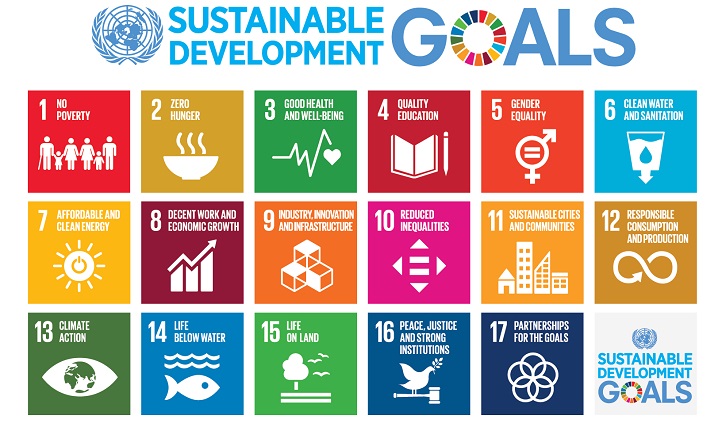 Sustainable Development, poverty eradication and human rights are all intricately linked with each other. The Sustainable Development Goals (SDGs) or the Agenda 2030 was adopted by the United Nations Member States in 2015. The SDGs consist of 17 goals which are to be achieved by all countries through a process of global partnership. No poverty is the first of the 17 sustainable development goals. It is perceived that with poverty continuing, human rights cannot be ensured. In the same manner, sustainable development cannot be ensured without the presence of human rights. In fact, the existence or absence of poverty determines the human rights situation in a society or a country. Enjoying or the guaranteeing human rights ultimately depends on eradication of poverty. Here, it needs to be mentioned that human rights have been guaranteed through the Universal Declaration of Human Rights (UDHR) by the United Nations Organization (UNO) in 1948. It stated that these ‘rights inherent to all human beings, regardless of race, sex, nationality, ethnicity, language, religion, or any other status. Human rights include the right to life and liberty, freedom from slavery and torture, freedom of opinion and expression, the right to work and education, and many more. Everyone is entitled to these rights, without discrimination’. On the other hand, “poverty,” as defined by the UN ‘is a denial of choices and opportunities, a violation of human dignity. It means lack of basic capacity to participate effectively in society’. The World Bank defines extreme poverty as living on less than US$1.90 per day (PPP), and moderate poverty as less than US$3.10 a day. As mentioned earlier, poverty greatly affects the enjoyment of human rights by men and women. In reality, it denies poverty-stricken people these rights that include particularly those that relate to the workplace, social security, and access to housing, food, water, health care and education. Existence of poverty denies the protection of these basic human rights. Such a situation calls for the pursuance of a human rights based approach which was developed by the UN for poverty reduction. It provides a conceptual framework for sustainable human development. It is based on internationally accepted human rights standards and could be used for promoting and protecting the human rights of poverty-stricken people living in different countries of the world. Empowerment of the poor is at the core of this approach. It is believed that empowerment could be ensured by introducing the concept of rights in policy making. Only then, the rationale of poverty reduction will no longer be justified only from the needs of the poor but it would be based on the rights of poor people. The human rights based approach to poverty reduction includes the principles of accountability, equality and non-discrimination and participation. Here, accountability means a situation in which someone is responsible for things that happen and can give satisfactory answers for those. Here, the emphasis is placed on the accountability of policy-makers and other actors for their actions. Thus, according to the human rights approach, any poverty reduction strategy or programme needs to ensure administrative accountability. The right to equality and the principle of non-discrimination is important under this rights based approach. It has been observed that the poor are usually victims of discrimination based on various grounds like birth, property, national or social origin, ethnic origin, color, gender and religion. As discrimination causes poverty, poverty also causes discrimination. As such, the government needs to take actions to remove all discriminatory laws and practices. The human rights approach also ensures that civil and political rights are included in the poverty reduction strategies and actions. The approach also requires the active and informed participation of the poor in the formulation, implementation and monitoring of poverty reduction strategies and action programmes and projects. For this purpose, specific mechanisms need to be developed and made operational to ensure participation, particularly of the poor.

Living in poverty has been the fate of the overwhelming majority of the people of Bangladesh.  In fact, widespread poverty has been common in this region of the subcontinent especially since the colonial period. However, in the recent past, Bangladesh has made noticeable progress in reducing poverty. This largely happened due to sustained economic growth in the last decade. The World Bank report mentioned that the poverty rate in Bangladesh fell from 82% in 1972, to 18.5% in 2010, to 13.8% in 2016, and below 9% in 2018. This has been calculated on the basis of the percentage of people living below the international extreme poverty line. It further states that based on the current rate of poverty reduction, the country is projected to eliminate extreme poverty by 2021. If Bangladesh can reach this target, she will be first nation in South Asia to achieve this remarkable feat. However, the 2016-17 Household Income and Expenditure Survey (HIES) report projects that between 2010 and 2016, poverty fell significantly, but in recent years, the rate of poverty reduction has slowed down. Bangladesh needs to address this issue seriously so that the SDG goal no. 1, i.e. ‘no poverty,’ is achieved even before the stipulated or targeted timeframe. This requires concerted efforts from concerned stakeholders that include the government, private sector, NGOs, civil society and human rights bodies. The government needs to formulate, implement and monitor poverty reduction strategies and plans that will include targeted programmes and projects. In recent years, the private sector has made noticeable contribution in the development of the country. In the future, the private sector can make significant contributions in this regard by creating more employment opportunities. The NGOs also need to complement the efforts, especially of the government, by undertaking various initiatives that will contribute towards poverty reduction at a faster rate. On the other hand, the civil society and the human rights bodies and institutions should monitor these initiatives of various stakeholders, and need to come up with their observations and suggestions on the performances and outcomes of the initiatives taken for poverty reduction in Bangladesh so that they could be further strengthened. Here, it needs to be remembered by all relevant quarters that poverty is the single most important stumbling block in the way of sustainable development and the establishment of human rights of the citizens of Bangladesh. It is only by removing that stumbling block or constraint can we build an inclusive society and ‘leave no one behind’ in our quest to achieve sustainable development.