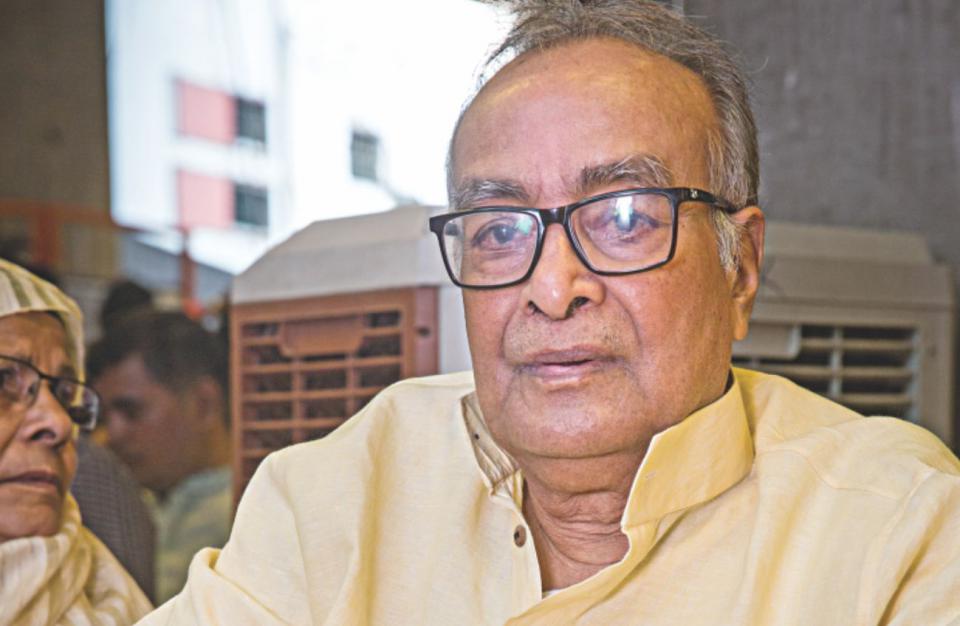 Prominent playwright, director and actor Momtazuddin Ahmed passed away at a hospital in the capital on Sunday afternoon.

He berthed his last at 3:38pm while undergoing treatment in Apollo Hospitals in city, Shahriar Prince, a relative of the deceased confirmed the news.

Professor Momtazuddin Ahmed had been suffering from various health complexities for past few months.

The Ekushey Padak winning playwright returned from life support for several times in the past.

Born in Jan 18, 1935 at Bholahat in Chapainawabganj, Momtazuddin Ahmed completed masters in Bengali literature. In his student days, he took to left politics and also played a significant role in the Language Movement and the War of Independence.

Apart from teaching Bengali, Bengali literature and European drama in several non-government and government colleges for at least 32 years, he also worked at the National Curriculum and Textbook Board.

He has written numerous plays, novels, articles and columns apart from acting in television and theatre. Rabindra Bharati University has included his writings 'Ki Chaho Shankhachil' and 'Raja Onushwarer Pala' in its curriculum.

Momtazuddin Ahmed received Ekushey Padak in 1997 and Bangla Academy Award in 1976, Shishu Academy Award and many others as recognition to his contribution to Bengalee plays.