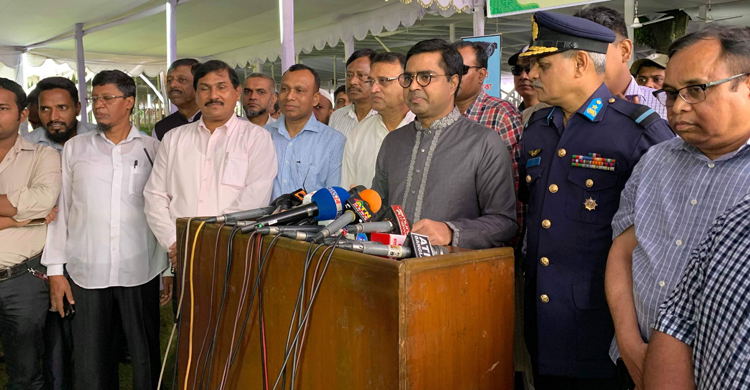 Dhaka South City Corporation (DSCC) mayor Sayeed Khokon has said more than one lakh people would be able to offer Eid-ul-Fitr prayer at National Eidgah on the High Court premises in the capital.

Some 5,000 women would be able to offer Eid prayer as arrangement has also been made for them.

While visiting the Natioal Eidgah, The DSCC mayor revealed this information on Sunday.

He said all necessary preparations have been made to hold the hold the main Eid-ul-Fitr jamaat at National Eidgah.

Necessary arrangements including waterproof shed, fans, sitting place, toilets and ablution facilities have been set up at the Eidgah.

Mentionable that the main congregation of Eid-ul-Fitr will be held at the National Eidgah  at 8:30am on the Eid day.

However, the jamaat will be held at Baitul Mukarram National Mosque at 9:00am in case of inclement weather.

Tight security will be in place to ensure security of devotees at the National Eidgah, the meeting was told.