University Expansion in Bangladesh Will Change Lives for the Better 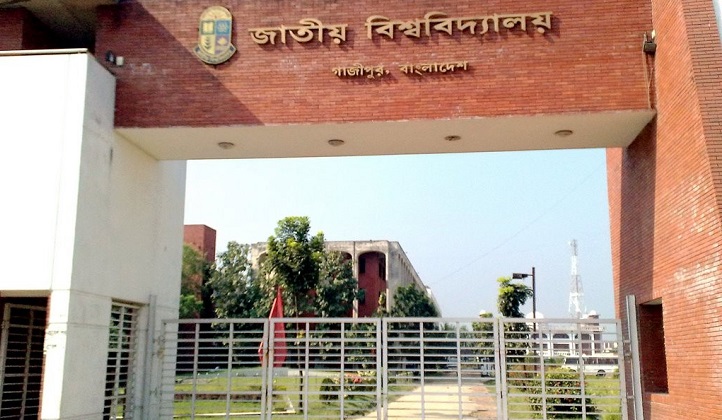 Universities not only in Western countries but also in many Asian countries are increasingly important economic players nationally. Societies have now started considering universities as the biggest employer and the biggest exporter. Universities can respond positively to recover a country from the recession. We all know how UK universities helped the UK economy to recover from its recession in 2008. The unemployment effects of the recession were felt almost entirely among the lowest income workforce. The employment rates of those educated only up to the General Certificate of Secondary Education (GCSE) level fell from 68 per cent in 2002 to 56 per cent in 2008, while the graduate employment rates only fell from 91 per cent to 88 per cent (David Willetts 2017).

The UK has started reforming its education system targeting in producing more graduates with high-level skills and innovative quality. The UK government has sought to press universities to develop them into a market-based structure, whereby higher education institutions must compete for students on the basis of the skills they can inculcate and prepare them for well-paid jobs that meet society’s economic needs.

Therefore, the main issue is now how to ensure that universities are incentivised to do the best possible job of educating their students. Universities must find it necessary to improve teaching and learning experience. The expansion of natural and technical sciences had started in the 19th century. Since then, the role of furthering economic and societal development has become an additional and increasingly important function of universities in modern-day societies.

Universities have felt that the existing higher education system is outmoded, and it requires a transformation from the medieval concept: the creation and transmission of knowledge to a modern concept: transferring knowledge to society. The four goals, (1) repository of the knowledge of mankind; (2) creation of new knowledge: to undertake the activity that we call research; (3) transferring knowledge to the next generation; and (4) transferring knowledge to society are linked to the role of medieval universities (CBS 2015). The fifth goal, generating economic development: to play an integral role in furthering economic growth and thereby pursuing a socio-economic goal is one that modern societies increasingly require universities to undertake. From the middle of the twentieth century, increasing importance has been attributed to the fifth goal. But we must not allow universities to crowd out the centuries-old core ideas of universities (goals 1-4). Inclusion of the additional goal does not mean losing sight of what universities are for.

If universities aim to produce employable graduates who can earn more, then universities must have a higher education system that helps to build better jobs and equips them with the skills for high skilled, high value-added and non-routine jobs. Universities also engage their faculty members in applied research that will provide new technologies that boost productivity across the economy.

Universities in developed countries, as well as many in developing countries, have found it necessary to revitalise their education system by changing traditional teaching and learning. Teaching is not whimsical but rather an orchestrated series of interactions designed for learning in cognitive, affective, and psychomotor domains. Once students understand educational processes, they participate and become active learners rather than passive recipients. Researches show engagement empowers students, develops self-determination and engenders ownership but also generates enthusiasm and stimulates feedback on process and content and delivery. The findings have helped in bringing change in teaching paradigms to better model workplace practices. Students are needed to involve in problem-based or case-based learning, industry projects, and even industry placement. Such changes involve small group teaching, contextual learning, and fostering self-directed learning (SDL) through a process of directed self-learning (DSL). There now exit various progressive teaching methods. When a course instructor selects one among several teaching methods, it is best to choose the one that allows the learning to become most involved. It is understood that using various methods of teaching helps the learner maintain interest and also helps to reinforce concepts without being repetitive.

Bangladesh is on the way to becoming a developed income country by 2041. The country’s challenge is now to increase per capita income more than US$ 12,000 from the current level of around US$ 1,600 by the year 2014. To improve the living standard of the citizen university expansion is needed to produce more high-level skilled graduates. If universities in Bangladesh can produce graduates with creative and innovative skills, they will become potential workforce behind the productivity explosion.

A university’s challenge is, therefore, now to produce graduates with the knowledge and right skills to drive growth and productivity. Universities must then come out from old paradigms. The educational system in Bangladesh is not job oriented, but more degree oriented. Our higher education system relies mainly on traditional methods. The traditional system provides students with a learning environment with little attention to whether or not students ever learn the course materials. It is content oriented. Different degrees have their associated syllabi, and relevant contents are taught and examined. Grades and rankings receive the highest priority in the system, which makes the students more exam or CGPA oriented. As there is a lack of emphasis on skills needed in jobs e.g. communication skills, office skills, human relationships skills, graduates are not prepared for the workforce.