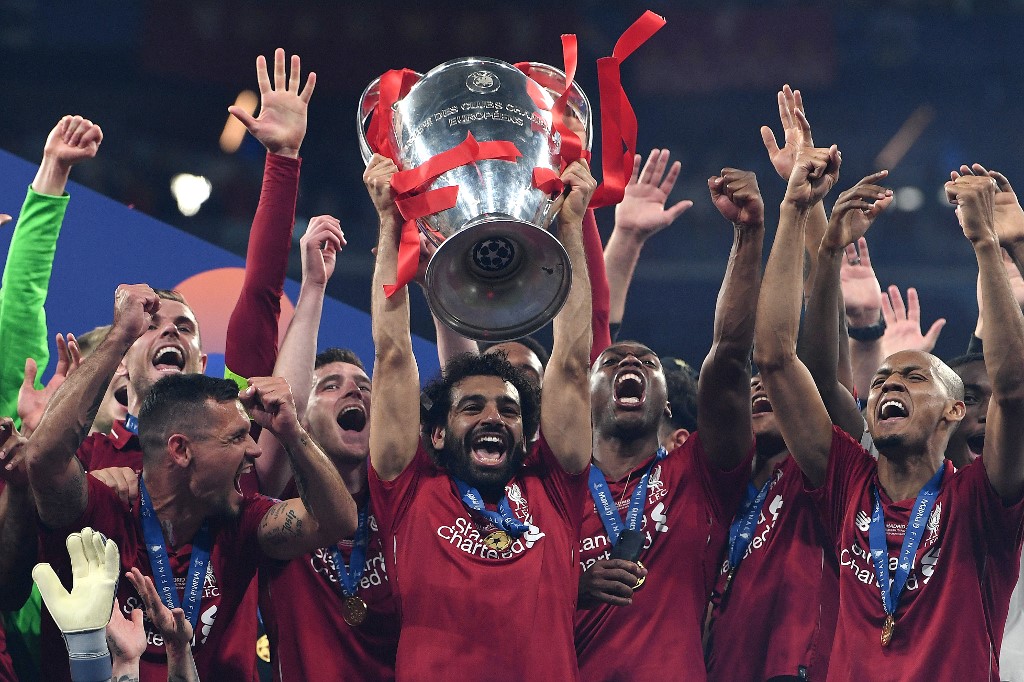 Jurgen Klopp admitted his Liverpool team were overcome with emotion after beating Tottenham Hotspur 2-0 to win Saturday’s all-English Champions League final in Madrid and take the trophy for the sixth time in the club’s history.

Mohamed Salah’s second-minute penalty and a late Divock Origi goal settled what was not a classic at the Metropolitano Stadium, as Liverpool made up for their defeat in last year’s final against Real Madrid and the deflation of missing out on the Premier League title to Manchester City.

“We were all pretty much crying on the pitch, because it was so emotional, it was so big, it means so much to us,” Klopp said.

The revered German has his first trophy as Liverpool manager, three and a half years on from his arrival at the club. This result saw him end a run of six straight defeats in finals.

For Salah there was redemption after injury ruined his night against Real a year ago, and for Liverpool it is now half a dozen European Cups, as they further cement their status as one of football’s most storied clubs.

They now have more than Barcelona or Bayern Munich, and twice as many as their greatest rivals, Manchester United. The biggest party is still to come.

“Tomorrow, going to Liverpool and having something to celebrate, that is big, and I am really looking forward to that,” said Klopp.

“When we drive through the city then we will all realise what these boys have done.”

Perhaps the occasion was just too much for Tottenham in their first ever appearance in the Champions League final. They have now lost all three meetings with these opponents this season, winning just one of their last 15 encounters.

Mauricio Pochettino’s decision to start Harry Kane after nearly two months out did not pay off, and he is still looking for his first trophy after five years in charge.

Nevertheless, if they can keep him, and with the impetus from the move to their new stadium, maybe they will be back on such a stage before long.

“It is so painful but at the same time we need to be calm and feel proud. The season was fantastic,” he said.

That Spurs were here at all was remarkable, Lucas Moura’s sensational hat-trick that dumped out Ajax in the semi-finals capping a memorable Champions League season all round.