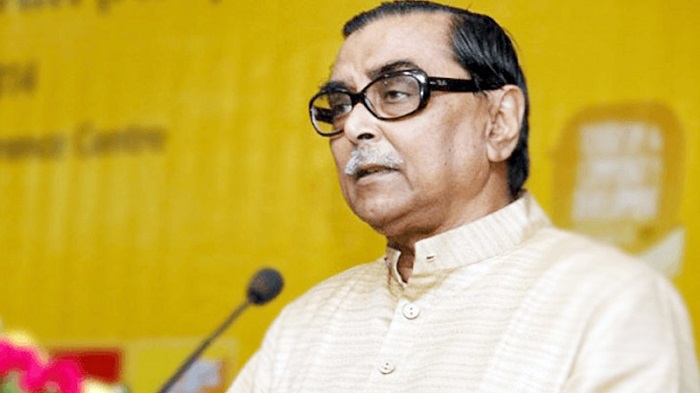 Workers Party President Rashed Khan Menon slammed the efforts of harvesting farmer’s paddy from their fields by several organisations and bodies nationwide for past few days.

He made this remark while speaking at a meeting jointly arranged by Bangladesh Krishak Samity (BKS) and Khet Majur Union in the capital on Saturday.

“Farmers don’t want their paddy to be harvested by these people, rather they want fair price of their corns,” former Social Welfare Minister said.

Terming the efforts of harvesting paddy from the field and taking photos with farmers as a ‘farce’, he urged all to stop this practice.

This senior leader also warned the government and said, “If government don’t take effective action to protect the interest of the farmers of the country, they will not only set their paddy fields with fire, but also commit suicide following the path of Indian farmers.”

For the past several weeks, Bangladesh Chhatra League (BCL) activists, even some deputy commissioners of the country, joined poor farmers in harvesting their paddy from the fields in different districts.