Abortion is a Crime against Humanity 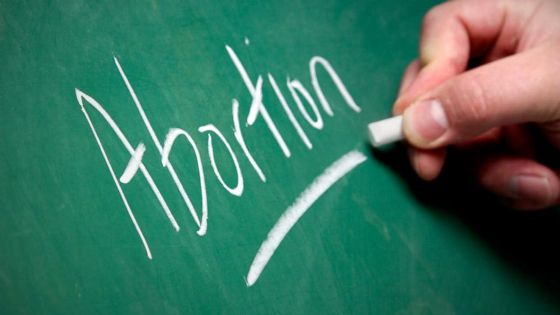 Saqibur Rahman’s “Abortion in Bangladesh” published in Daily Sun on 27 May 2019 is a good read. I have learned many new things from him. His thoughts are clear and language is lucid. From that write-up, readers will get to know about Alabama’s ban on abortion. The budding columnist also alludes to our statute that prohibits the practice of abortion. Mr. Rahman writes, “It is indeed needless to say that, as a nation, having experienced the sufferings of our mothers and sisters in 1971, we should be open to the idea of abortion and begin to stop believing that foetuses of all ages have the ‘right to life’, so much so that, even rape and minors are no concerns” (Daily Sun, 27 May 2019). If a rape victim becomes pregnant with one of the rapists’ bloods, Mr. Rahman thinks that our law should legalise the procedure of abortion. Everyone has a right to live. Rape is of serious concern which Rahman does not think so. I do not think abortion should be a concern at all. Nobody should be encouraged to go for abortion. It is an illegal action. It should remain illegal.

Being a man in this patriarchal society, I will never understand the pangs of childbirth. I will never realise the pain of a rape victim. In my article, “Stand Up Against Rapists” published on 15 January 2019, I have attempted to analyse that our law does not protect rape-victims. Reading Rahman’s article makes me feel that Rahman is more interested in the concept of terminating foetuses, which I hope, he knows, is a forbidden act in the tenets of Islam. Allah says, “Do not kill your children for fear of poverty; it is We Who provide for them as well as for you. Killing them is surely a grave sin” (The Qur’an: 17.31.). Allah discourages His best creations from abortion. There are many people who feel sad when female children are born. Human beings should not forget that girl children are some of His blessings. When brutes rape women, they not only harm the opposite sexes but inflate the anger of the creator of this world.

I wish, Rahman would try to understand the pain of being a rape victim. If she kills her foetus born out of one rape incident, then it gives the mother a temporary solution; a relief, momentarily. But, in the long run, the mother also suffers. We have many non-government organisations (NGOs) and orphanages. If mothers are unwilling to rear up children, they adopt children for looking after these babies. There are many childless parents who are willing to adopt babies. We should not deny them from availing those opportunities. When we kill babies, others do not get any chances to raise non-biological kids. Because of adoption, these kids at least see a clear light in the world. But those kids have the right to live. Exterminating them would cut these ties.  Then, killing an unborn baby is a blow for the mother. Instead of killing an unborn child, we should worry more about meting out punishments to rapists. Being a student of law, Rahman should have focused on The Penal Code, 1860 which states that a woman will not be deemed to be raped if she is above 14 years of age. Although High Court has called for the amendment of that law, yet we have not seen any visible progress in handing out stricter punishments towards rape victims.

I cannot think of life without my children who ease my stress and give me so much joy that cannot be superseded by anything else. Before the birth of my third child, there were some people who inculcated in my wife the fear that giving birth through caesarean sections thrice in a row will complicate her life at present and in the future. Some people gave her suggestions for abortion. We did not pay heed. We thought about facing challenges head-on. Amazingly, my wife is as fit as she has ever been. She was always a very good mother. Now, she has become an excellent mother. Her professional life is reaching new heights, too.

What would have happened had we aborted my baby’s foetus? It would not come to life. My wife would have felt guilty of being a killer. I would have felt guilty of being a partner in crime. We would have lived with a curse. The other day, my wife told me that a mother had flung her baby from the rooftop in Narsingdi. Naturally, the newly born angel died. Everyone blames the mother for her action. They are right in blaming so. Killing is never a solution. My wife always says that society blames a killer but it does not blame abortionists for killing foetuses which are unborn, but they have lives in their mothers’ wombs too.

That is why, abortion is a crime. It should not be done. A child is the blessing of our Almighty. We should never destroy His creation. What we need to do is to lead our lives with patience. Allah never gives us unbearable pain. Human beings have a defence mechanism. We know how to cope up with adversities. Many children born illegitimately give joys to their mothers. They turn their fortunes. When my wife and I went to Chittagong Medical College Hospital for checking with the doctor on what steps we should take to have a healthy pregnancy, the duty nurse, to our utter dismay, asked us “Do you want to keep the baby or abort?” We were horrified at her blunt question. We said, “We want to keep the baby. We have come here for taking an appointment with the doctor”. It goes to show that many abortions are still being done. It has become a good business. Many doctors discourage and encourage abortion. Many couples are doing it. Their moral lessons get dissolved in the air.

We should never think about abortion. It is as painful as losing a baby. My mother had a miscarriage before I was born. She never talks about it. But I do feel bad about it. I feel, I would not have come had my sister been alive. Allah has written our destiny. Nobody can change that. I was born at His will. Only He has the right to take away our body. When human beings kill foetuses, they are living the rest of their lives as killers. The fault is not with illegitimate child. The fault lies with human minds and the lethargic judicial system which has not set up a strong law to deter perpetrators from committing crimes. We should always be cautious about our words. We should not say or write anything that perplexes human minds. A life is a life. Killing it through abortion is a sin. We should not commit this sin. We have already committed enough sins. Unfortunately, we have a miscarriage of justice. Let us not rape and kill people. We need moral lessons. Reading Holy Scriptures with authentic interpretations helps people to impart didactic lessons and live a moralistic life.