Hrithik Roshan on meeting Jackie Chan: It was an incredible experience 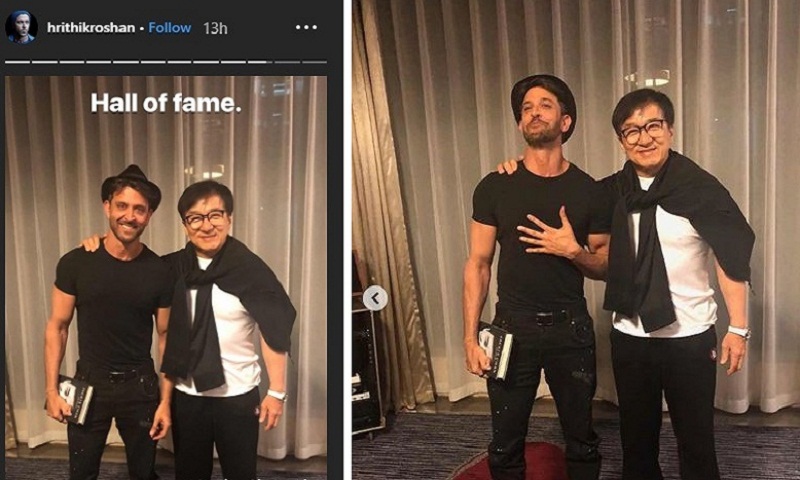 After a slew of successful Bollywood releases in China, it is now Hrithik Roshan starrer Kaabil’s turn to hit the screens in the country. Kaabil releases in China on June 5, and ahead of the release, Hrithik was seen promoting the movie with Chinese superstar Jackie Chan.

Sharing photos featuring himself and Jackie, the Kaabil actor wrote on his social media handles, “Meeting Jackie Chan was a revelation at so many levels. Incredible experience. Inspired. #kaabilinchina #ilovechina #china.”

The two actors looked happy as can be as they struck a pose for the shutterbugs.

Interestingly, Hrithik Roshan is quite popular in China. In fact, his fans in the country have a special nickname for the actor. He is called ‘Da Shuai’ which loosely translates to ‘quite handsome.’

The actor also shared multiple Instagram stories wherein he was seen interacting with fans and sitting down for interviews. Hrithik shared a special Chinese Kaabil poster as well.

Kaabil, which featured Hrithik Roshan as a visually challenged man, also starred Yami Gautam as the female lead. It had released in India on January 25, 2017 and was helmed by Sanjay Gupta. The film had been bankrolled by Rakesh Roshan.

Upon its release, Kaabil had received mixed reviews from critics, but had performed well at the box office, reports The Indian Express.