Warning of bias in studies that treat males as ‘standard’ 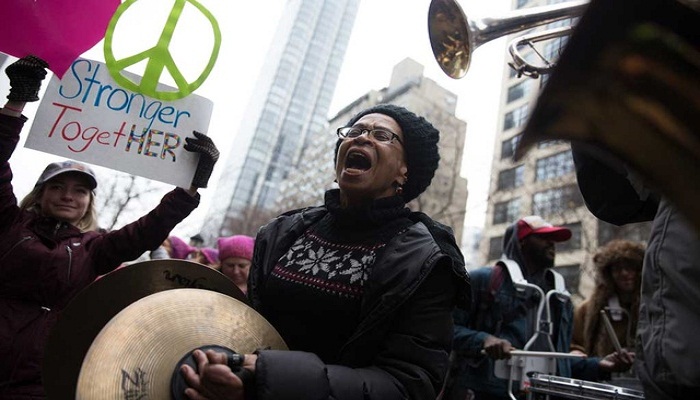 Rebecca Shansky, a neuroscientist at Northeastern University in Boston, thinks you might not. When she tells nonscientific audiences that researchers “for the most part don’t study female animals, people are blown away,” she said.

She added: “It seems like such an obvious thing to a normal person. But when you come up in the academic and science world, it’s like, ‘Oh no, females are so complicated, so we just don’t study them.’”

In 2016, the National Institutes of Health and its Canadian counterpart mandated that all preclinical research they fund must include female subjects. Now, Shansky and other scientists wonder if that requirement will do enough to improve how research is conducted.

In an essay published Thursday in Science, Shansky questions whether simply adding female organisms to experiments or looking for sex differences misses the point. She warns that this is a public health problem — with implications beyond neuroscience — and says scientists should design experiments better suited to both biological sexes.

If scientists don’t stop looking through a male lens, outdated gender stereotypes will continue to foster dangerous assumptions about the brain and behaviour, resulting in clinical studies and eventual treatments that don’t work equally for all people on the gender spectrum.

Basic research is the foundation for clinical studies and practice, and that often begins with animals, which offer controlled settings for research of human diseases.

“Because we start there, that does end up affecting human studies and the drugs that go to market, and the way they’re marketed to men and women, and how we know if they work differently in men and women,” said Tory Eisenlohr-Moul, a researcher and clinician who works with conditions related to hormones in women.

Women make up about half of the population, but female animals make up a far smaller percentage of biomedical research subjects. In neuroscience studies, males outnumbered females nearly 6 to 1.

Shansky and others say this is a public health issue because women are more vulnerable to mood or anxiety disorders like major depression or post traumatic stress than men.

At the same time, men are more vulnerable to autism and attention deficit disorder.

Men and women may express symptoms of these conditions differently. And of course some conditions, like postpartum depression and premenstrual dysphoric disorder, are only found in women.

By only looking at male animals in initial research, “we may be missing big pieces of the puzzle,” said Liisa Hantsoo, who studies stress, PMS and PMDD at the University of Pennsylvania’s medical school.

The reasons women and female animals are often omitted from research are the same: ovarian hormones. In the Victorian era, the idea that women were inferior to men was replaced by the notion that women were hysterical, disorganised, emotional — the hormone-driven counterpoints to rational, stable men.

By studying males only, mostly male scientists believed they could more easily identify the most basic ways the brain worked without the “messiness” of fluctuating female hormones. This stereotype is so pervasive that some biomedical researchers still don’t question why they aren’t looking at female rats or mice.

It also set up men as the norm. “We live in a world where the assumption is that males are the standard, the reference population, and females are the ones that are odd,” said Daniela Pollak, a neurobiologist who wrote an essay on the problem earlier this year.

In recent years, analyses of hundreds of neuroscience studies offered clear evidence disproving the idea that males are less hormonal. In some cases, male rodents living in groups were messier because their testosterone (which essentially works on the brain like estrogen) fluctuates, depending on dominance hierarchies in groups.

That males were hormonal, emotional and messy still didn’t get them kicked out of studies.

Even if scientists had shown that females were more complex subjects, “it would not suffice as an excuse,” said Pollak. “Scientists are not meant to give up on a problem just because it starts becoming complicated.”

Encouraged by the NIH and Canadian mandates, scientists are reconsidering the effects of sex in their research. But this may not be enough to improve the outcomes if it primarily results in researchers just using more female subjects without understanding all the ways stereotypes influence animal studies.

Shansky offered an example of how females were expected to behave in tasks designed to model post-traumatic stress in male rodents. Instead of freezing as males did, the females darted around during experimental tests. Without recognising this behaviour as different, rather than wrong, one might say females failed the task.

“We’ve gone from excluding women and female animals to this ham-handed implementation of sex as biological variable,” said Ann Fink, a feminist neuroscientist and gender scholar at Lehigh University.

She emphasised that sex is biological and gender is a social construct, and that using gender stereotypes to study basic biological concepts first contributed to omitting female subjects from research. But drawing conclusions about gender from animal subjects that don’t have this social construct potentially reaffirms damaging stereotypes or encourages dangerous practices.

In 2013, for example, the Food and Drug Administration issued an advisory recommending women take half the dose of the sleeping pill Ambien than men, because women were reporting more severe side effects.

But body weight, not sex, was the cause of the incorrect dosing. Telling doctors the problem was a sex difference could have resulted in overweight women being underdosed, and underweight men being overdosed.